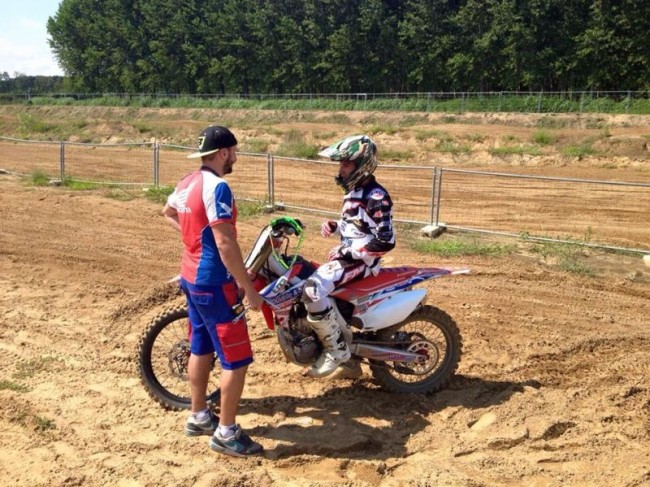 Nicholas Lapucci had been riding the EMX250 championship for Assomotor Honda but has now switched teams to the 8Biano Husqvarna racing team. The Italian will now ride the MX2 World Championship instead of the EMX250 series.

He made his debut with the team during the Spanish GP where he finished 24th and 25th in the moto’s but he should improve as he gels with the bike.

Ilario Ricci joined the team as a general manager last week and has already decided to take a punt on Lapucci for the rest of the season. Unfortunately, the other promising Italian in the team, Giuseppe Tropepe had to miss Spain due to a shoulder injury but hopefully he will be back in action soon at the GP’s.

Nicholas Lapucci “This team is really nice I feel so good with all the guys. They work really hard for me for ride here in Spain.. I change for the world championship and I want to say thanks to all new team and my team manager Niki”