Lancelot on China and the future: We have two new riders for 2020 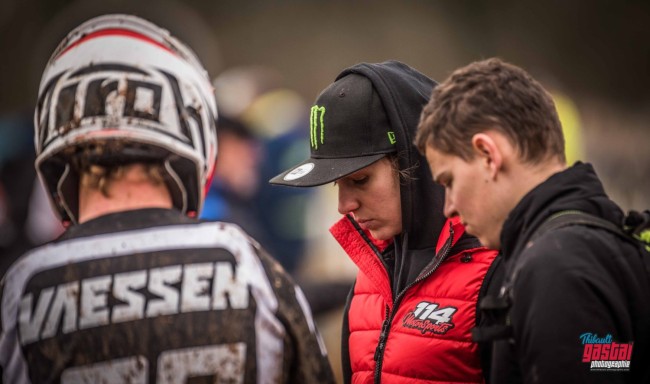 Honda 114 Motorsports concluded a turbulent campaign in the 2019 FIM Motocross World Championship with a trip to the other side of the globe: The eighteenth and last round was run at a purpose-built track in Shanghai, China. 25,000 fans flocked to the side of the circuit to see Mitch Evans and Zach Pichon in action.

Evans made another step forward in the MX2 qualifying heat on day one at the Grand Prix, as he ended up in fifth. The positive starting position proved to be advantageous on Sunday, as he rounded turn one in the top ten in moto one. Evans did not make too much progress after that opening lap though. A freak issue arose and forced him to retire prematurely, so his attention immediately turned to the final MX2 moto of the current term.

The final moto of the season got off to a similar start, as he started in tenth. There was not too much action after that – Evans duked it out around there for the duration of the thirty-minute stint and hit the chequered flag in thirteenth. Eighteenth overall was the position that he acquired at the end of the round. Those eight points that he secured on the day left him eleventh in the championship standings, just three measly points from a spot inside of the top ten.

Zach Pichon – the second guy beneath the Honda 114 Motorsports awning – enjoyed yet another successful outing. Pichon was a picture of consistency, as he slotted into fourteenth in each moto to secure thirteenth overall at the Grand Prix of China. Those points helped him gain a spot in the championship standings right at the very end too. Twenty-fourth was his final ranking in the 2019 FIM Motocross World Championship.

Livia Lancelot (Team Manager): “The 2019 season is over and the last round in China wasn’t as good as we expected, but the riders and the team gave everything. Mitch finished on the podium twice in his first ever season in Europe, so we are really proud of what he did and wish him the best of luck for the future. Zach improved so much since last year – he was often close to the top ten. Seeing as he is only eighteen-years-old he has a lot of years to prove his talent in the MX2 class.

“Now we will go back home and get ready for next year. We have two new riders for 2020 and all this will be announced really soon! I would like to thank Mitch and Zach for their efforts during the season and all the 114 Motorsports staff. It has been a long season with ups and downs. We learnt a lot again, so we will be back in 2020 and stronger!”