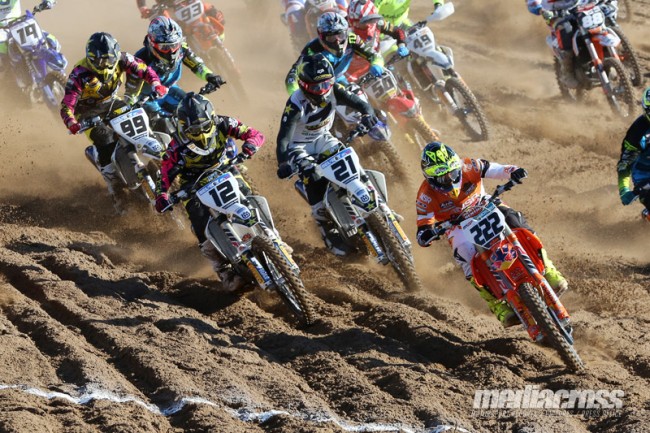 In less than two weeks all the GP teams will be in Losail (Qatar) for the opening round of the 2017 World Championship. This weekend there’s the last opportunities for teams and riders to prepare this season, as the bikes will be shipped next Wednesday for Qatar. Most of the GP teams have selected the Lacapelle Marival International MX and his natural track for this last pre season event.

With the last round of the ‘Internationaux of Italy’ at the same date it was not so easy for the organizers to set up their event, but thanks to their reputation many teams have decided to race in the South West of France this Sunday. The Suzuki World MXGP and MX2 teams, the Rockstar Husqvarna squads (IceOne and Martens), the Monster Kawasaki MXGP and MX2 teams but also Wilvo Yamaha MXGP, Red Bull KTM MX2 (Jonass) and Kemea Yamaha will be there while the main French teams (2B Yamaha, Suzuki Amexio, Honda SR and Honda VRT) also join this event to prepare the opening round of the French Elite series.

After one or two races already behind them, most of the riders will do their first race on a soft and natural ground. It’s not at all similar to Losail ground, but all the GP riders who raced there in the past love this location! The MXGP line up is pretty interesting with Nagl, Paulin, Desalle, Tixier, Simpson, Tonus, Anstie, Strijbos and Jasikonis, but the MX2 is even stronger as the three favourites for the World Title (Seewer, Paturel and Jonass) will race for the first time this season together. With good weather predictions, it will be the perfect last opportunity to prepare the GP’s.

Nagl, Anstie, Tixier, Paulin, Desalle and Jasikonis all scored at least a podium result in one of the pre season races, but that’s never easy to say who impressed so far as all the previous races were sandy one’s. Lacapelle has the same schedule than Hawkstone (two heats per class and one super final), and only Nagl (twice last weekend) and Anstie (last weekend too) have already scored a heat win. Desalle (2013-2014) and Simpson (2015) already won in Lacapelle, but the Frenchies are always very fast at home in the MXGP (Teillet won last year, Boog was runner up in 2015) and MX2 class (unbeaten since 2013). In the MX2 class no less than thirteen factory riders will be involved, with the four Suzuki boys (Seewer, Vaessen, Lawrence and Pichon), three riders in the Husqvarna (Covington, Olsen and Mewse) and Yamaha Kemea squads (Paturel, Van Doninck and Ostlund) and two Kawasaki riders (Petrov and Rubin). Reigning Woman World Champion Livia Lancelot will also do her first appearance of the season, as well as some of the most promising hopefuls (Geerts, Moreau).

Lacapelle Marival is located in the southern west of France, 80km south east of Brive and 180km north of Toulouse. The program will include two races per class and a super final with the best MX2 and MXGP riders, and you can find more information on the web site www.motoclub-lacapelle.com or the facebook page www.facebook.com/motoclub.lacapellemarival.