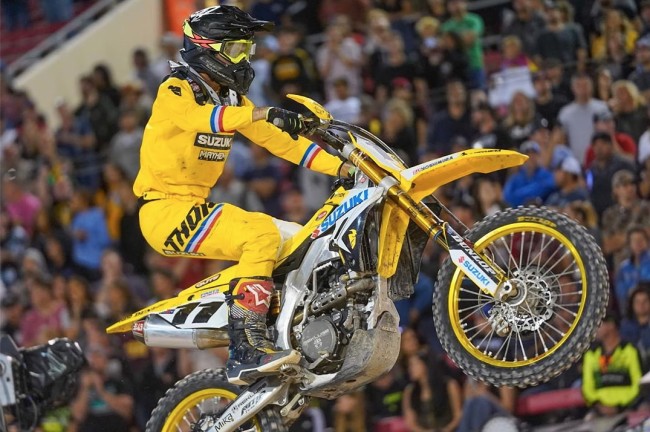 Even though veteran Kyle Chisholm was HEP Motorsports’ best rider this past SX season, the team decided to let him go despite the fact he outperformed outperformed teammates Alex Ray and Adam Enticknap. Consequently the former Bercy Supercross winner has decided to restart his own effort again to go racing. Ray will also leave Dustin Pipes’ team.

Chisholm qualified for 16 mains compared to Ray’s 13 mains and Enticknaps three. Moreover the experienced Floridian racked up 8 top-15 placements. All of this only underlines the marketing power of the popular Adam “SevenDeuceDeuce” Enticknap.

For Chisholm the decision comes as a huge blow as he explained on his Instagram page: “Well.. I thought since April I knew what I would be doing in 2020 but things change. Sometimes you do the best you can do for people and it’s not enough but you’ve gotta keep going. I might be 31 but I’m still hungry. MEC got me fired up for 2020 and the extra hard work doesn’t scare me. So here we go. #TEAMCHIZ2020 we have got some cool ideas for sponsorship opportunities and fun in the pits so if you want to get on board shoot me and B an email at Kylechisholm11@yahoo.com”

With Ray and Chisholm out of the picture the question remains who will join Enticknap at HEP. The Suzuki supported team had been in talks with both Max Anstie and Martin Davalos in the last couple of months. It’s understood that Suzuki wants to have more input in the rider line-up as a condition for their bigger involvement.