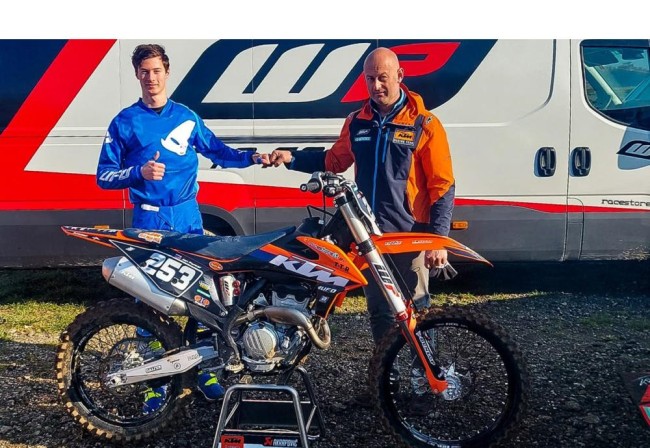 The KTM Racestore Team managed by Paolo Mencacci is pleased to reconfirm the agreement with the young and talented, Jan Pancar. Given the positive and constant growing results obtained in the 2020 season, the young Slovenian will be back on the KTM SX-F 250 of the Tuscan team and will race in the MX2 category of the 2021 Motocross World Championship.

In addition to the World Championship, the team will participate in the Italian Prestige Championship and the Internationals of Italy which will start on February 21 in Sardinia on the Riola Sardo track.

The KTM Racestore Team together with its riders are carrying out some tests on the bikes in the 2021 configuration before the Christmas break, and then move to Sardinia to continue the preparation for the first races.

Paolo Mencacci, Team Manager: “We have seen a lot of commitment and perseverance in Jan, qualities that have led him to grow both as a rider and as a person, obtaining good results especially in the second half of the season, we are sure that by continuing the work together started last year we can achieve even more. I am also happy to have Jacopo in the team. He is a rider I had seen in action in the local area and his skills immediately impressed me. Thanks to KTM Italia for the trust and support given for next season.”