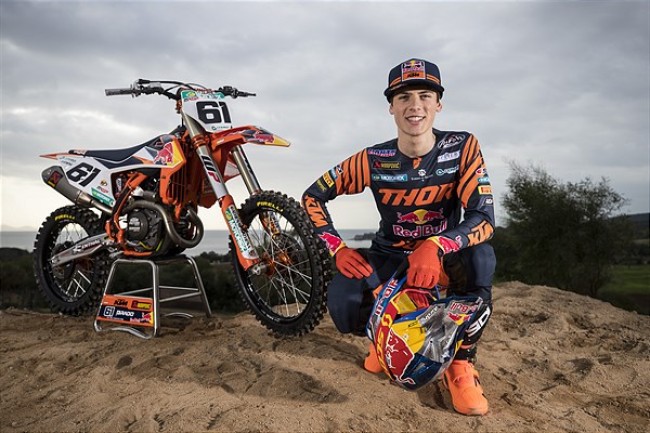 Decrease Font Size Increase Font Size Font size Print Send
The 19 year old MXGP class rookie for 2020 suffered a clean break in the wake of his tumble at a circuit in Olmen, Belgium. He was transported to hospital in Herentals for examination and x-rays and entered corrective surgery the same day, performed by Dr Tom Claes, who inserted a plate to help re-join and support the bone. A scan late Tuesday evening showed the operation had been a success and Prado is expected to be back at his residence today [Wednesday]. Early indications point to a four-week rehabilitation phase if the injury heals well and the Spaniard can ride his KTM 450 SX-F once more.

Prado defied a short winter of preparation to make his MXGP debut at Matterley Basin and the British Grand Prix at end of February for the first round of the 2020 series. He has been training and working at his base in Belgium in readiness for the resumption of the FIM World Championship that is provisionally scheduled to begin again with the Grand Prix of Russia on August 2nd.

Jorge Prado: “It’s disappointing to be dealing with another injury but I’m really happy with how the operation went and how the collarbone is looking. I was riding through a fast corner and there was a rider ahead of me; I just misjudged the line. I lost the front end and went over the handlebars. At first I wasn’t sure if I’d broken anything but after about thirty minutes it was clear that something was wrong. Anyway, we are on the recovery path again and I hope to be able to do some training again after about a week and we’ll wait another three to be back on the bike. Luckily we have some time before the races start again.”