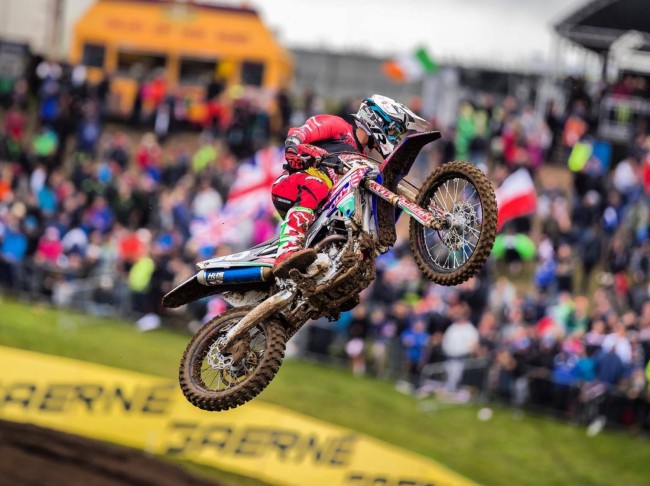 Romanian youngster, Krisztian Tompa will make the step up to the EMX250 series for the 2018 series. Tompa has been focused on the EMX125 series for the last two years but will move up and ride the 250cc machine next year due to the under 17 age limit in the EMX125 class.

This time last year Tompa had inked a deal with the Satellite TM team to contest the EMX125 series but unfortunately the team let him down before the start of the season. Because of the situation, Tompa came into the season unprepared but he did manage to make it to the first round on a Yamaha.

Tompa will stay on Yamaha machinery for the 2018 season but at the moment as things stand he hasn’t got a team so will be a privateer next year.

He has got some experience riding the 250cc as he represented Hungary at the Motocross Des Nations. The EMX250 series is very competitive but Tompa will be hoping to learn as much as possible throughout his rookie season in the class.

Krisztian Tompa: “I had to move to the 250cc because of my age and I expect myself to be around the points. I want to say thanks for Yamaha Racing, fxrmoto, EVS Sport, TMV and my family for helping me”.