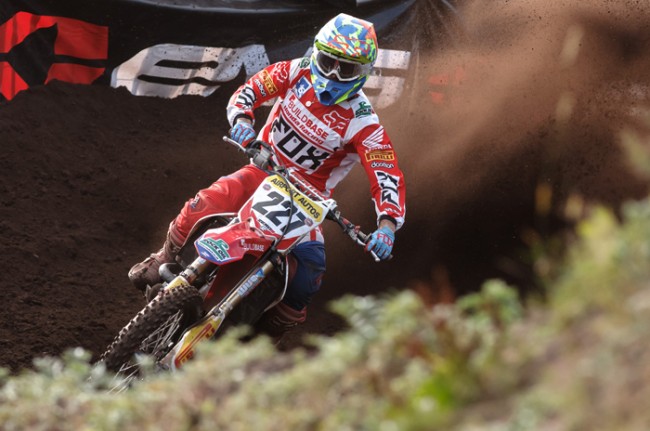 Kristian Whatley isn’t happy as the ACU announce another sand track (Leuchars in Scotland) on the calendar.

Kristian posted the following message on his Facebook page.

“Oooo surprise, another sand track. Such a variety of tracks throughout the British Championship.
Back in the day when the world GPS were on and they used to have specialists on different terrain, now it just seems as if you only need to be special with one.
Work it out, we need new tracks and different terrain, blue grove sand mud clay etc etc.
We need different tracks across the series because I feel it makes us more motivated and something new for all of us and maybe learning something different.
Most of the tracks you go to I think I could go round with my eyes shut.”

I do agree with Kristian that too many sand tracks are on the calendar and they should add more hardpack tracks. In order to help the riders and bring through a genuine world title contender in future they need to learn how to ride hard pack at a young age. There are more hardpack tracks than sand tracks on GP calendar which is why some of the British riders struggle in the EMX and World championship series.

Other series around the world have more variety within the championships they run which is why other riders are bringing through a lot of talent and it is important that the UK doesn’t get left behind!

However, if Kristian wants more variety then maybe he should go and race some GP’s himself? He certainly has the talent and has already won the British championship so the World Championship would increase motivation instead of winning a national championship he has already won. He could go onto better things in the World championship if he is prepared to do some wildcard rounds!