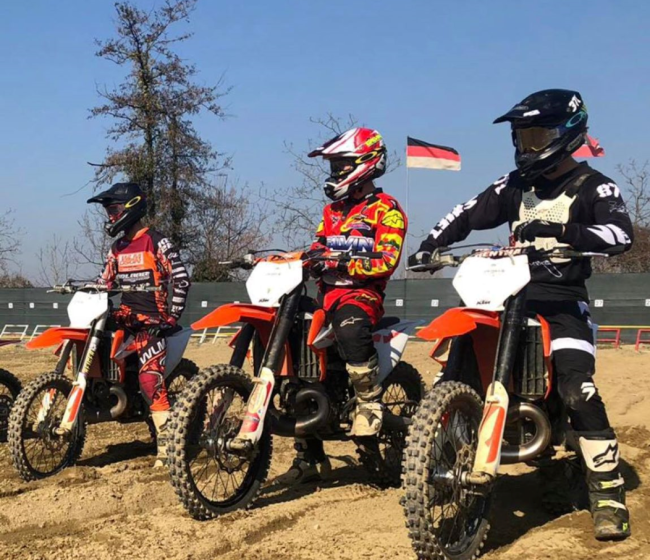 With both Mitchell Evans and Zach Pichon out injured for the MX2 World Championship this weekend which heads to Lommel the team have been looking a fill in rider.

The team have decided to give young Dutch rider, Koen Gouwenberg the opportunity to race a round of the MX2 World Championship this weekend at Lommel.

Coming into the season, Gouwenberg had signed a deal with 2B1 Motorsports to contest the EMX250 series but both parties decided to split ways before the season even got under way.

Since then, Gouwenberg has been a privateer contesting the Dutch Masters series MX2 class on a KTM two stroke.

Heading into Lommel this weekend Gouwenberg will need to adapt to the Honda and four stroke as he’ll be racing against the best 250cc riders in the world in what’s a great opportunity for him.

“I am really excited to ride my first GP this weekend. I rode the bike for the first time today (Wednesday) and I’m really impressed. I will be putting in 100% effort for the weekend to get a good result”, Gouwenberg  told GateDrop.com.

We are excited to welcome @KoenGouwenberg to the team for the @MXGP of Belgium this weekend! We look forward to seeing all of his Dutch fans at the 114 awning | @hondaproracing @alpinestarsmx @nilsyourbike @bihr.poweringyourpassion