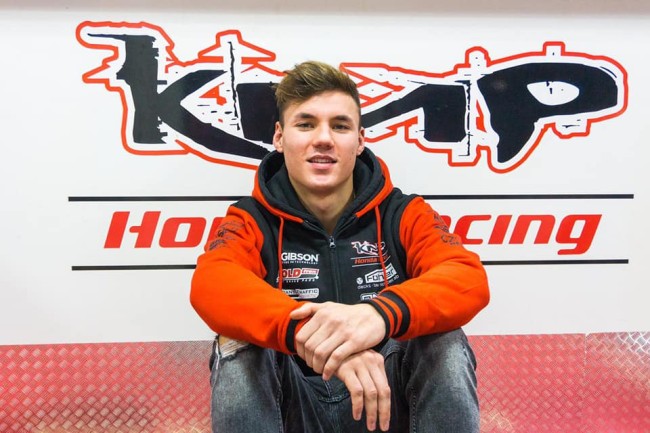 It was recently announced that German based team, KMP Honda Racing are going bigger for the 2021 season as they’ve decided to step up and race the World Championship.

The team have inked a deal with young German, Paul Haberland who will get his first real experience in the Grand Prix paddock

“I’ve known Alex (team owner) for a few years from the pits and we always were pretty kind to each other. Then Alex text me about my plans for next season but I wasn’t sure about it or I didn’t have anything fixed yet. Later on we talked about everything and now I signed in which I’m really happy to ride for him. His team was growing from nothing and now he’s one of the biggest in the paddocks – such an effort really”, Haberland told GateDrop.com.

“Now with the GP contract it’s another big step for me – but it felt good right away. So I’m a new name in the mx2, to be in the top 15 would be great, otherwise points is always the goal! German wise to be top 10 in the ADAC MX Masters is the goal. I really want to thank Alex Karg and his wife Natalie for the opportunity and the warm welcome in the Team. Also, a big thanks to my family!”, concluded Haberland.