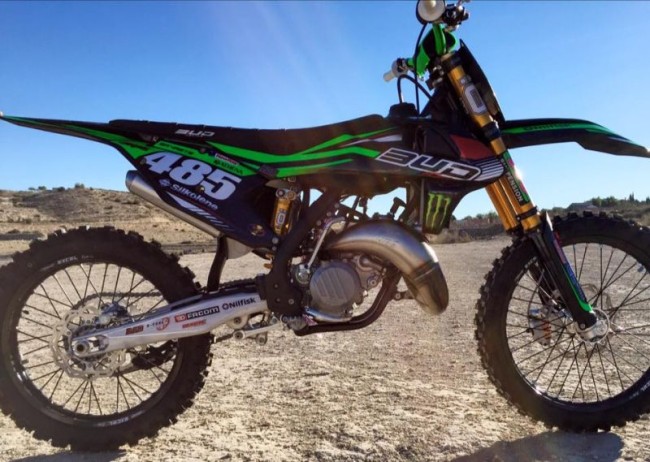 Kim was a rookie in the class during 2015 as he rode for Marchetti KTM. He showed some promising results and speed. However, In may last year, Savaste torn his ACL in British GP. His knee was operated in august by doctor Eero Hyvärinen in Oma Sairaala, Finland.

After five months of rehabilitation and physical condition training he was ready to start riding and testing for the new season. Savaste had a deal with KTM but has revealed to gatedrop.com that he decided to terminate the deal he had and to switch manufacturers for the 2016 season.

Kim Savaste – “Bud Racing has built me a bike that I got to test in the beginning of January. I start working out independently in Spain and later in January i will start training with the whole team.

I thought about it for a long time, but I came to the decision that I wanted to cancel the contract with KTM. The decision to terminate the contract was mine. Team Bud Racing is the best solution for me and I look forward to working with the new team in 2016.

The team puts in a lot of training, and they work well with the drivers. Coaching is really important for the future and I believe that the team’s coach Thierry van den Bosch is able to give me some good advice for driving so as fitness training”.