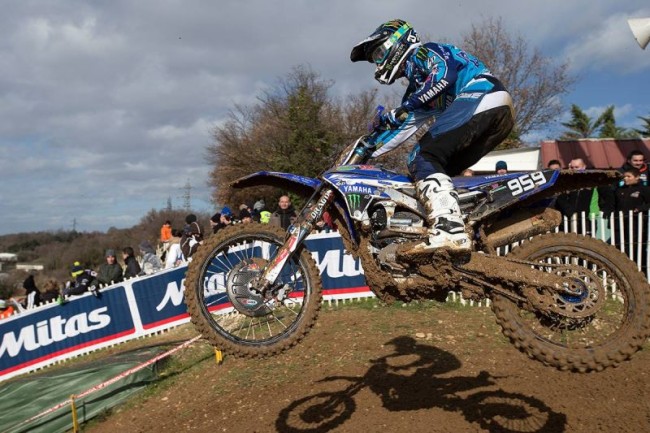 Coming weekend the first European GP of the season takes place in Valkenswaard. After Qatar and Thailand this will be the first familiar GP for riders and teams. The bikes will be stored under the team truck tent, a lot of familiar faces amongst the many fans and a busy time schedule are the most significant ingredients for this race.

After the horrible happenings earlier this week in Brussels, the atmosphere won’t be as exuberant as usual, but all together we can’t let these things get to us driven by fear. We hope a lot of people will come out to Valkenswaard and enjoy the races on Sunday and Monday.

Valkenswaard will also be the first round for the European Championship riders. Earlier this year Maxime Renaux already showed great speed and he is looking forward to the start of the EMX2 campaign.

Marnicq Bervoets: “ I’m relieved we’re back on familiar grounds again. Those first GP’s are always special. You have to adapt to the temperatures, the food, mechanics are working out of a box and lots more… I’m convinced these first races are a good addition to the championship, but for me everything starts here and now.
I ‘ve always liked going to Valkenswaard. The track isn’t as sandy as it used to be and is way faster now. But still it remains a fairly technical track and it will get really rough on Monday.

For Maxime this will be a first big test on the YZ250F. At the preseason races he showed great speed and impressed me. His pace is good, rides really controlled and doesn’t mind to start a battle, even not for Gp riders battling for the world championship. But in the end we need to wait what this weekend will bring. I have a good feeling about it but a Gp isn’t comparable to an international race.

Brent too will come on a track that suits him a lot. He already proved he has the pace for top 5, but had some unfortunate crashes too. Maybe he needs to try to take less risks at the start of the race and focus on finishing consistent in both moto’s. I’m convinced all of them are really strong physically, while some of them start to fade after 15 minutes. Then it’s not always necessary to push really hard in the early stages and take advantage of that. On the other side you can’t be to gentle either, so that’s where experience takes over.
Benoit made a great progress in the sand last winter, so he too can put a decent result too this weekend. A year ago, he got lapped by riders like Brent, but now that’s not the case anymore with the speed he gained. Last week he was very ill though, so we need to wait and see how he will recover from that.

Same as Paturel, Valentin has made some good progress too lately. He worked hard and doesn’t ride as tight anymore as he was at the beginning. His victory at the French championship last week was really good for the confidence. Obviously, it will still be hard for him in Valkenswaard, but for him too it will be important to ride two solid races and gain experience in the sand.”