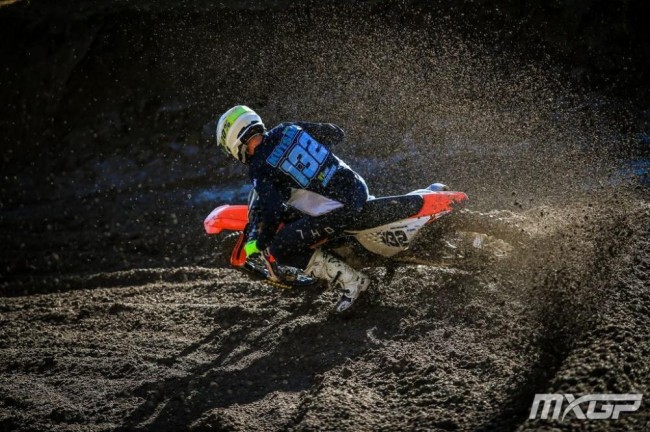 The EMX Open championship was a newly introduced series for the 2020 season and it’s produced some good racing this year as well as a fairly decent level considering it’s the first year of the series.

Young Estonian, Karel Kutsar who has EMX250 and MX2 experience clinched the title during the final round of the series at Arco di Trento. Kutsar came into the final round with an 11 points lead over Savaste but the Finn crashed out during qualifying of the final round.

With Savaste out for the races, Toms Macuks was the only rider who could mathematically win the title but Kutsar knew if he didn’t do anything stupid the title was his. On the day the KTM rider went 5-10 to give him the title!

“I finally did it. The races weren’t so good like I wanted but finally I am the European Open champion, it feels good. Thanks to the sponsors, family and friends – everyone that helps me, thank you so much, I am really happy”, Kutsar stated.