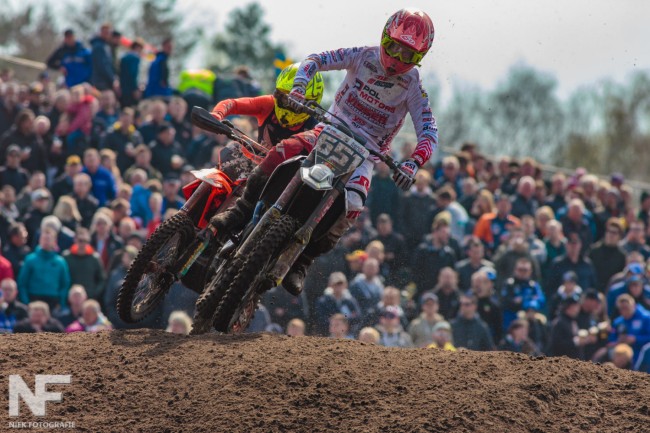 Kade Walker who was born in Canada decided to make the move to Europe at a pretty young age to give himself more of a chance to make it in the Motocross world.

After showing good pace in the EMX125 series in the past, Walker hasn’t been in the GP paddock too much. However, he did ride the MX2 World Championship at Valkenswaard at the start of the season and showed some very good pace (finished 17th in the qualifying race and 22-25 in the moto’s).

Walker is based in the Netherlands these days after previously being based in Italy. The Canadian has confirmed he’s secured a wildcard for the Maxxis British Championship at Desertmartin this weekend, it’s a long trip for him but he’s looking forward to it.

With being based in the Netherlands he’s well used to the sand tracks and plenty of bumps so he could run at the front this weekend in the MX2 class – especially if he rides like he did at Valkenswaard earlier in the year.

“The track at Desertmartin sounds super good man. I can’t wait, I’m really excited. I’m going for a top five and maybe mix it up with the big dog’s. I’ll be my own mechanic so that will be fun too (laughs)”, Walker commented.