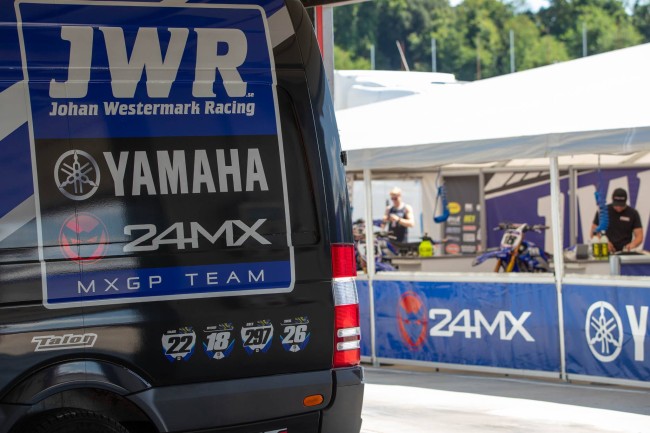 Swedish based team, JWR Racing made the decision to make the step up to race the MXGP World Championship this year.

The team ran Kevin Strijbos, Vsevolod Brylyakov and Anton Gole under the awning. However, Strijbos left the team before representing Belgium at the Motocross Des Nations for Wilvo Yamaha.

Russian, Brylyakov will also leave the team after his rookie year in the MXGP class and is currently without a ride. It does look as though, Gole will stay with the team who had some good results this year.

The team ran Yamaha’s this year but have confirmed they will switch brands for the 2020 season by posting the following statement.

JWR Racing and Johan Westermark would like to thank Yamaha for their support in 2019.  JWR and Yamaha have shared some great moments during the 2019 season, and learnt a lot about the MXGP series together.

As a new team we are very proud of what we have achieved in our first year in MXGP including some top 10 rides. It was great to be so welcomed by the riders, teams and Youthstream in the paddock.  We would like to take the opportunity to thank Yamaha Europe/Torsten Lentink, Yamaha Scandinavia and Magnus Johansson for all their help during 2019.

Rumours suggest the team will make the switch to Honda and will only run one MXGP rider next year – it’s still all to be confirmed.