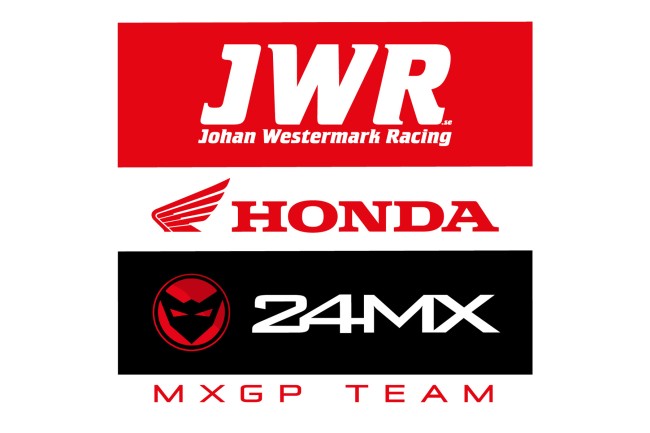 Those at JWR Racing are ecstatic to announce that they will pilot Honda machinery in the 2020 FIM Motocross World Championship and work with the very potent CRF450R. JWR will also continue to receive support from 24MX, the world’s largest e-commerce company.

Further details on sponsors and the rest of the JWR programme are expected to be released on January 10, according to team owner Johan Westermark. The current plan is for two MXGP riders to use the CRF450R and an EMX250 rider to head into competition on the CRF250R. A second MXGP rider has not been signed yet, but more news on that will be released in the coming weeks. Anton Gole has already been confirmed as the first MXGP rider on JWR Honda Racing.

Anton Gole (MXGP Rider): “I have to say I really missed racing a Honda. My feeling with the CRF450R is great and I am really looking forward to start working with the JWR Honda Racing team. I know I will be working with very passionate people. The previous season in MXGP taught me lot, so now my challenge is to build on that and show what I can do against the best riders in the world. I cannot wait to get going!”

Johan Westermark (JWR Honda Racing Team Owner): “When you talk to Anton about riding the Honda it is difficult not to become enthusiastic. He is talented, works hard and gives it his best every single time that he is out on track. That is something that demands respect. He is also great with fans and media, hence why we are eager to give him everything that he needs in order for him to reach his goals.”

Tonny Govers (JWR Honda Racing Team Manager): “Finally, it is a done deal for the team! Now we can start planning for the 2020 FIM Motocross World Championship and get going. If some MXGP riders are interested in the last spot on the team then they can contact me on info@jwr.se.”

Patrik Erlandsson (Marketing Coordinator): “I am happy to be a part of the only Swedish team in MXGP and, now that we are going to be a part of the Honda family, we are all very motivated. We will make a lot of social-media presence next year and also start up the Honda Academy again to build up the brand name.”