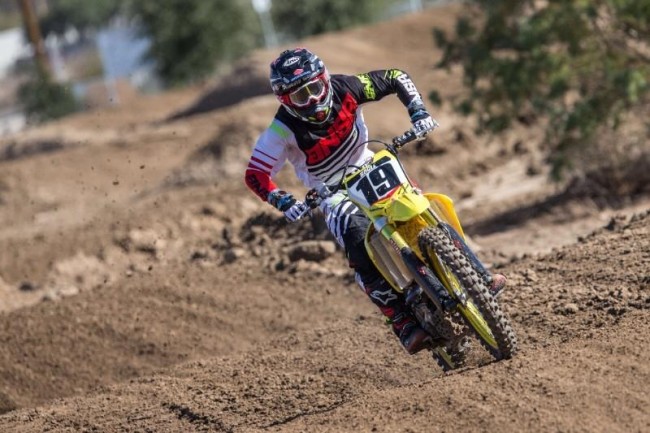 It wasn’t just Ken Roczen who got injured on Saturday night at Anaheim, Justin Bogle’s over the bars crash in his heat race has left the RCH Suzuki man on the sidelines for a couple of weeks with bruised ribs.

Bogle, who revealed the new on Instagram, said: “Hell of a week for me, big crash on Wednesday that was out of my control, then another big crash after rippin a holeshot in the heat. Was having trouble breathing so we Ended up at the hospital to get checked out and luckily nothing major, couple bruised lungs and some other minor stuff. Thank God I’m blessed it can always be worse this is a gnarly sport that we love. Not sure on recovery yet but wanted to give an update.”

Bogle was beginning to show some flashes of speed as he adapted to the Suzuki, but one small mistake has proved costly for the former 250 East coast champion.