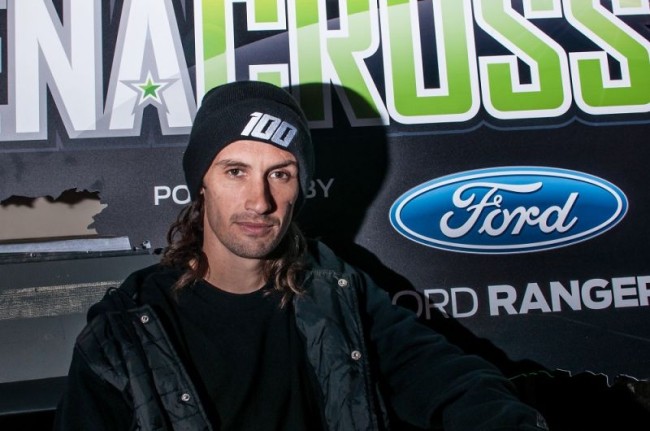 Our super secret has been revealed! Josh Hansen, one of the hottest names in American Supercross, flew into the UK today to announce his surprise participation in the 2016 Monster Energy Arenacross Tour.

This is the 2x X-Games Gold Medalist first-ever time in the UK and he says that contesting the Arenacross Tour will be a kick-start to a new and exciting chapter in his life – he has even snubbed the mighty American Supercross series to compete in AX!

The 2016 Monster Energy Arenacross Tour launched in style tonight on the penultimate night of Motorcycle Live at the NEC, Birminghan. Hansen said; “I’m pumped at the prospect of a new challenge and at competing in the UK. I know the guys back home just won’t get it and that will drive me on even more. I see the Arenacross series as going places and I want to be a part of that. I reckon that after this, the gates will open and the British series will be flooded with Americans!”

Series promoter Matt Bates of e22sports added; “We are delighted to confirm that Josh will contest the full eleven-round series and we’re sure it’s going to be explosive. The series is now crammed with racing talent and I wouldn’t like to place a bet on the outcome; it is wide open and is set to be ultra-competitive. The fact that Josh has chosen our Monster Energy Arenacross Tour over the American supercross series is really the icing on the cake!”