Jonass on a mid-season MXoN 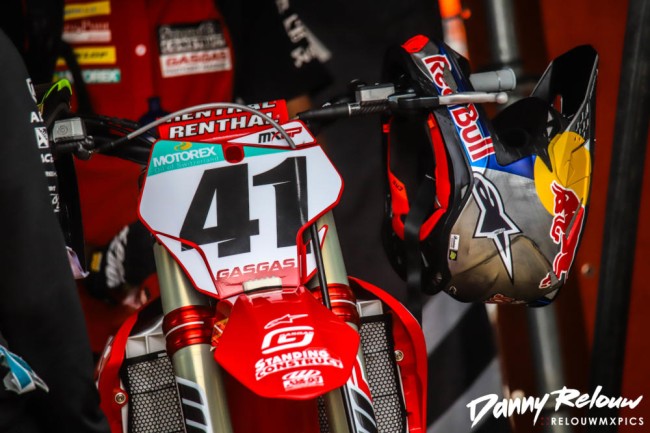 Pauls Jonass says he isn’t a fan of the MXoN in the middle of the season but will consider racing if asked by the Latvian federation. The Gas Gas rider, fresh of a superb podium in Lommel, said in the post-race press conference: “For me it’s like Jeffrey says – if you have a team to win (it’s more enticing to risk racing). Latvia, I have team where the first goal is to get into the A final but of course it’s nice to race for your country.

“For me I don’t like the idea that the Nations is in the middle of the season because when it is the end of the season, everyone is more relaxed, more loose and you can enjoy the event even more. When I didn’t have the strongest team I still went to the race and really enjoyed racing there just the atmosphere with the fans and everything. So far the federation hasn’t asked me anything about the des Nations so we will see, time will tell. If they ask me I will for sure consider that.”

On his podium at Lommel, Jonass said: “I am super happy. It’s nice to do it at let’s say Belgium is my second home GP, a home GP for my team… This week, we worked quite a lot for the start. I think we saw at the first GP that the speed was there. Everything was there. I just needed the start because the class is so tough. If you don’t get a good start, it’s really difficult to move forward and to get a podium. I’ve been slowly building, just getting consistent results. Unfortunately, we had some DNFs this season, but so far, I am happy. I think it’s almost been 2 years since my last podium because I missed all of last year due to injury.

“So, it is nice to be back at the podium and it is especially nice to do it for the whole Standing Construct GasGas Factory Racing Team because they’ve believed in me and gave me the opportunity to be back at the top level; everyone is working so hard in the team, that I just give that podium to them.

“It’s a nice confidence boost going to the home GP (Latvia). I think all of the guys here know that home GP is always tougher than the other GPs, but I am really looking forward to that. I’ve never won there, even in 250’s. I’ve been a few times in the podium there so I hope there will be many fans this year and that I can be at the box next weekend.”