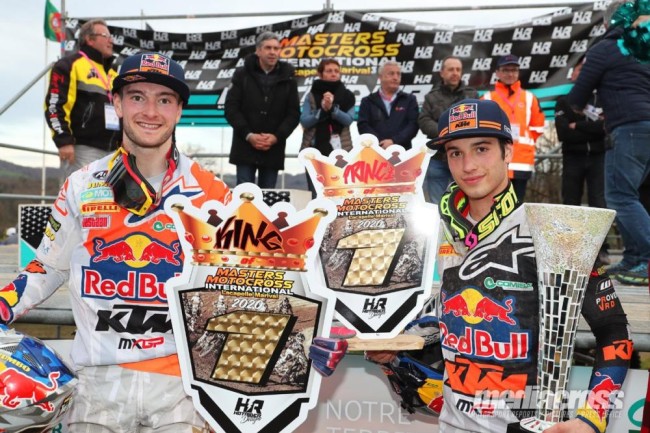 It’s hard to believe when we go back to this time last year when Factory KTM confirmed the signing of young French talent, Tom Vialle. At the time eyebrows were raised but the French rider had a superb rookie season and first season as a factory rider finishing fourth in the MX2 World Championship. He certainly proved his doubters wrong.

After such a strong rookie year, Vialle learnt a lot and there’s no doubt heading in 2020 he’s one of the favourites for the MX2 World Championship. However, with Jorge Prado moving up to MXGP, Vialle now has pressure to deal with, will he be able to handle it? So far in pre-season he looks good but pressure is a strange thing.

Last year Smets told us he was happy with Vialle’s progress and acknowledged it’s not so often seen in Motocross that a kid makes so much progress in such a short time.

“He’s very un-French (laughs). He’s not as stubborn as some of those Frenchies are. He really understood when we signed him and that was also important in the negotiations It was important he clearly expressed his wish to step out of his comfort zone and to make a jump out in the dark, let’s say”.

“For him, he knew it would be a jump in the dark but that it was the way to do it and his family as well. It was very important and the results have proven it. Okay, good results always brings good moves and good vibes. The day when it’s a little bit less might be more difficult, then everyone is a little bit more grumpy but so far coming from were we did in the winter to now is just an incredible journey. I think it’s actually not so often seen in Motocross that a kid makes so much progress in such a short time”, Smets stated.

The MX2 World Championship is wide open for 2020, it’s going to be fun watching Vialle battle with the likes of Olsen, Geerts, Renaux, Watson, Van de Moosdijk to name just a few who should be right at the sharp end.