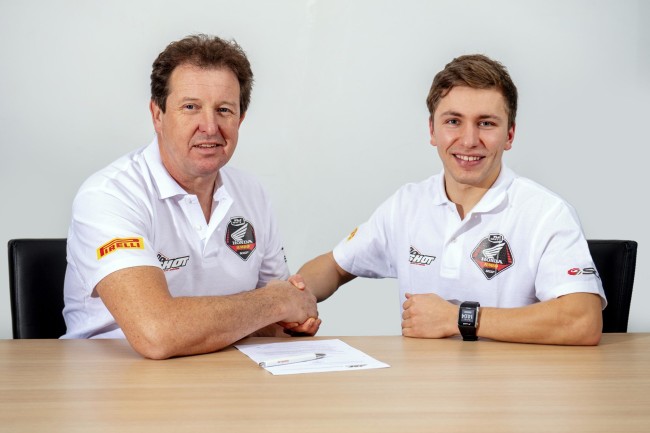 JM Honda Racing is pleased to announce that Artem Guryev will complete its 2020 MXGP lineup. The Russian prospect will campaign a CRF450R alongside former MX2 top riders Benoit Paturel and Julien Lieber.

Guryev, 23, competed in his first MXGP season this year with his own AG Racing team. In what’s been a challenging campaign at the highest level of the sport Artem gained valuable experience and finished 21st in Turkey, his best GP of the season. Previously the rider from Belgorod took part in the MX2 World championship, the EMX250 series and he represented Russia in the Motocross of European Nations.

Artem will concentrate on the European rounds of the MXGP world championship alongside international races to improve his speed.

Artem Guryev: “To compete in the MXGP series is a huge step. The level is crazy high with 20 riders who’ve all been on a GP podium before! It’s a great opportunity to take on this challenge with an experienced team like JM Honda Racing where I will be training with strong team mates. I’m looking forward to a productive 2020 season.”

Jacky Martens: “The goals and obstacles for Artem are very different from Julien (Lieber) and Benoit (Paturel). However our motivation as a team is the same to help him become the best rider he can be. I believe Artem has a solid potential to make good steps forward with our support. It’s going to be exciting to be part of his progress!”