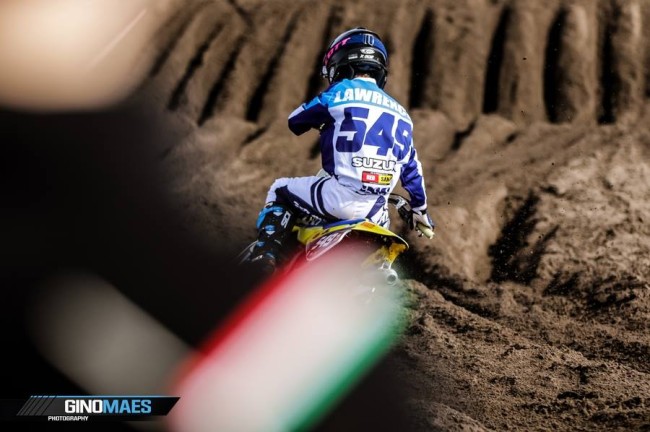 Young Aussie talent, Jett Lawrence is a kid in form at the moment, there’s no doubting that! During the latest round of the ADAC Youngsters Cup, Jett Lawrence thought he had won the first moto by a comfortable gap.

However, a protest was put in because to do allegedly jumping on a waved yellow flag. The protest was succesful which meant the Aussie was docked 10 positions in the first moto.

Lawrence bounced back in the second moto though and won it as well in what should have been a 1-1 and a dominate weekend for the Suzuki rider.

Had another round of ADAC at Möggers on weekend . After bielstein disaster I got to train on hardpack with Heiko and manager as dad was in the USA and it paid off . 1st moto I holeshot and pushed to get a little lead of 10 secs and just controlled that for the moto to take the win . In that moto I was protested for jumping on a medic flag which I did not see and I slowed as soon as I saw the yellow and medic flags after the jump as the crash was 30-40 meters ahead down in the berm which I rolled around til safe and then next lap I rolled jump when the flag was visible but I got docked 10 positions from the protest and was told this right before my next moto ,I wasn’t real happy obviously . 2nd moto I was about 10th off start but made passes all the way up to 1st and won that moto too but with the penalty I got 3rd overall . I am stoked to improve from last round and win both motos with the help of Heiko and @mxmanager94 so big thanks to them and stoked to put the Suzuki up front for all my sponsors , as I am so thankful for them all so I can race this year . Thanks @vaiosteve for the cool pics