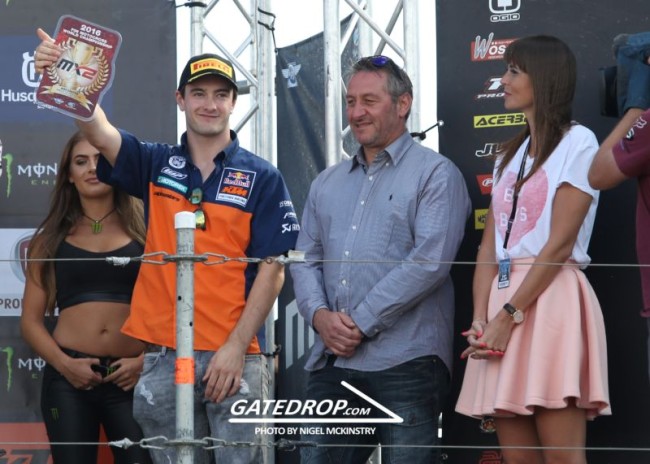 Jeffrey Herlings has missed the last three GP’s due to a collarbone injury. During that time Jeremy Seewer has been able to cut the points down to forty-three points. However, Jeffrey Herlings has got the green light from the doctor to start riding again and prepare for Assen.

With Herlings making an Assen comeback you really have to fancy him to clinch his third MX2 World Championship title. However, he can’t afford to get another injury like the past two seasons.

KTM who had no factory riders in the MX2 class at Switzerland could also welcome back Pauls Jonass and Jorge Prado at the Assen GP. However, Davy Pootjes will be out for the season so he will have to wait until the 2017 season to make a comeback.