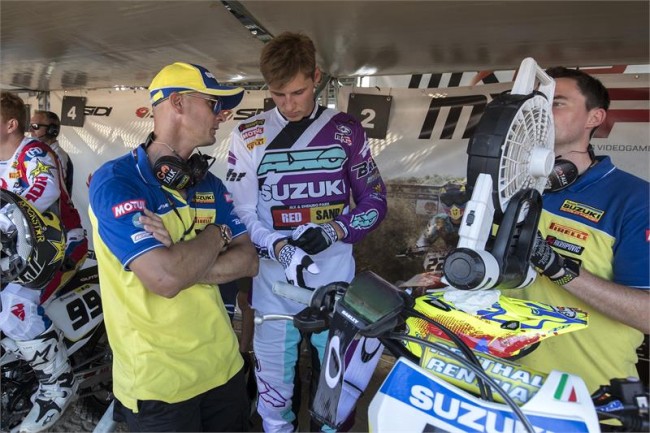 Arminas Jasikonis, who sprung to prominence with factory Suzuki in MXGP, has admitted his sadness that the factory team is shutting it’s doors.

Jasikonis said on Instagram: “It’s very sad but we gotta open a new page and make another step which will be not an easy one.”

The big Lithuianian was very appreciative of the chance Stefan Everts gave him and says he learnt so much under the ten-time world champion’s guidance but admits he still has more to learn and will continue to improve in the future.

“I would like to say biggest thanks to Stefan Everts “ @s72forever ”and all SUZUKI team, cause they are the only ones who gave me chance when I was nobody! explained Jasikonis. “I will never forget that, cause that was biggest step in my life, that was biggest change of my life, I learned so much in this year.”

You can see his full heartfelt statement below: