Jasikonis – hoping to come back in six months! 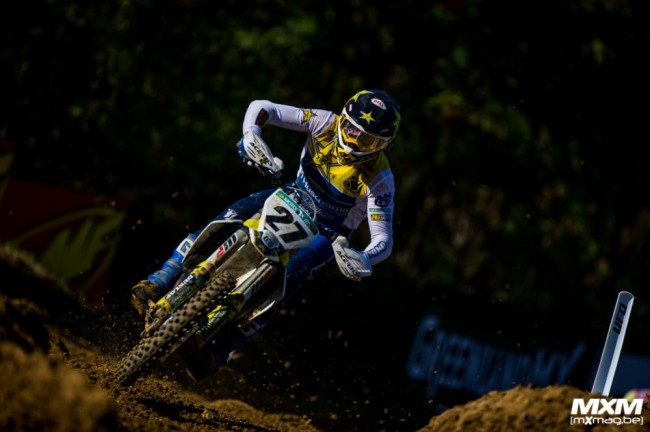 In a local interview in Lithuania, Arminas Jasikonis says he is hoping to be back racing in six months – but also detailed his current life as he rehabs from being in coma following a big crash in Mantova.

“There are days when it’s worse, there are days when it’s better, but not bad at all compared to the first days after an incident. I still feel shoulder pain, but I work with it Two weeks ago, I started driving a car. Everything happens gradually, I’m on my way forward, but you can’t overdo it. There’s a lot of desire for me, but I can’t do it all at once because I don’t know how the brain will accept it.”

“So far, I don’t remember everything, every day little by little things are getting better. But the memory that was before the injury has not yet recovered. The first weeks, if I remembered what I was doing the previous day, it seemed like a dream. I’m currently doing exercises to improve memory, like downloading games.

On his crash, Jasikonis said: “I don’t remember the fall itself. I remember only certain moments that day. I don’t even remember everything that happened a couple of days before the incident. Watching the video, maybe some of it was my and a bad line was chosen to the ramp, so it threw it into the air, not as I intended. That fall wasn’t big. That’s fate.”

He also revealed he tried to escape when he woke up from the coma: “As far as I can remember, when I woke up that day, I tried to escape. I got out of bed and ripped out all the drips. The doctors immediately ran when I crawled out of bed. I think I was even tied up later. It’s an event where your brain was last before it collapsed and you wake up all over the place. It was a misunderstanding for me, so I wanted to get out of there as soon as possible. First of all, I didn’t even remember it, it was only recently revived memories, but I also remember it as a dream. After communicating with other people who had also suffered similar trauma, I learned that they were also trying to escape. I’m not a hospital lover, but I had to spend a lot of time there.”

The talented rider also says he wants to try and race again: “Now I’m going to get back to the racing – the team and I are trying. I don’t know if I’m going to have many consequences, but so far everything is going according to plan. I started running, the balance is good. In Finland, the medical profession will look at how far I have moved forward. The plan is to come back, it really is, but I can’t promise it. I’d like to be back in half a year. I just slept and woke up. I’m almost unscathed, just a little bit of a shoulder pain at the moment, but I’m working on it now.”

Get the full interview, here.