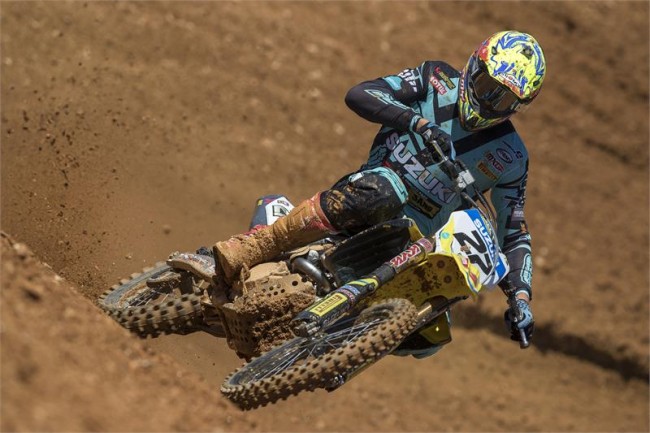 Some top MXGP riders were in action in Belgium today as preparation for the final part of the GP season. It was a good day for Arminas Jasikonis as he won the overall on his Suzuki winning the first moto and finishing third in the second moto but it was still good enough to win the overall and lift the Sylvain Geboers trophy.

Jasikonis’ team mate, Kevin Strijbos won the second moto of the day to finish third overall. Max Nagl had a consistent day finishing second in both the moto’s for second overall. Shaun Simpson made his return to racing and had a solid day finishing fourth overall just missing out on an overall podium but the main thing is he has some race time under his belt before making his GP return in Sweden this weekend.

In the MX2 class it was the Thomas Covington and Brent Van Doninck show as they were in a league of their own. In the first moto the American beat the Belgian by just over a second. Covington was slightly more comfortable in the second moto as the advantage was nearly ten seconds as he lifted the Joel Roelants trophy.

Tomas Kohut was the best of the rest as he finished third overall and edged out Dovydas Karka for the last step on the podium.