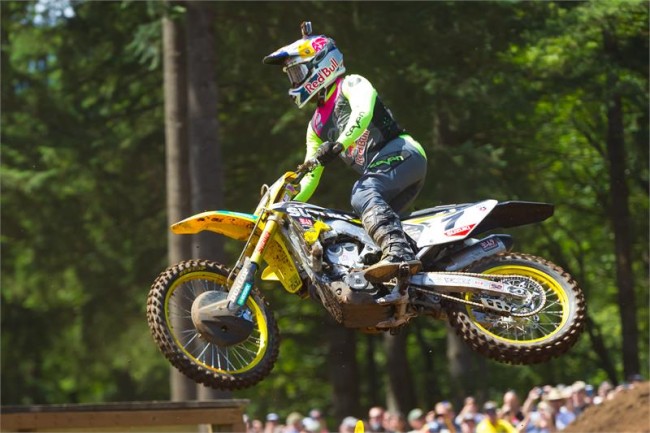 Update: James Stewart’s retirement was rumored to have come sooner than expected as he failed to find a team for the 2017 supercross season and he will not race Anaheim 1 tonight. However this morning James announced that this not the end and hints at starting his own team. We can only assume his brother Malcom Stewart, who couldnt find a ride either, will also be on this team. Up until this statement rumors suggested this was probably the end of James’s career. It would have been sad to see the biggest star of the sport retiring due to not being able to get a ride but the top teams are not willing to hire someone who has missed so many races in the past few years. Hopefully James can successfuly return to the track in 2017. – Updated 7th January 2017

It looks like James Stewart’s retirement is coming and next years 2017 season will be his last. In a video interview with Transworld Motocross he said he will give it “one last bash next year”!

Stewart was suspended by the FIM because he failed to inform them he was taking a drug he was prescribed called adderall which can be considered performance enhancing (helps concentration levels and is given to people with AD), so he missed the whole of 2015 season and has only managed to finished a few races this year due to a barrage of injuries. The time off seems to have affected James and he has not been the old ‘Bubba’ Stewart everyone has been used to watching for so many years.