James Stewart OUT of A2 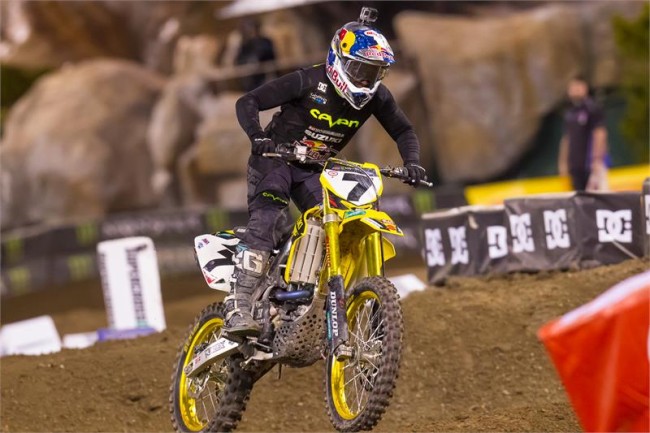 Stewart rode late this week, but is still not feeling 100% fit to race the American event and is now expected to return to action for the following race in Oakland, California, on January 30th.

The RM-Z450 rider was briefly knocked unconscious in the season opener at Anaheim on January 9th while running near the front early in the Main Event. But he ran in practice at San Diego last weekend before electing to not race.

“James rode yesterday and today and felt he still wasn’t back to where he wants to be to race,” said Yoshimura Suzuki Team Manager Mike Webb today. “The team is happy that James is taking a cautious approach to his return and we’re encouraged by his progress. We want him to feel fully-prepared before he gets back into a racing situation; and with the improvements he’s making, he feels confident he’ll able to race in Oakland.”

Stewart’s team-mate Blake Baggett has been back on the practice track and is getting back to fitness quickly. He was injured in a pre-season testing fall and is also slated to be back in action at Oakland.

“We’re looking forward to having both James and Blake back for Oakland and having the team back to full strength,” Webb concluded.