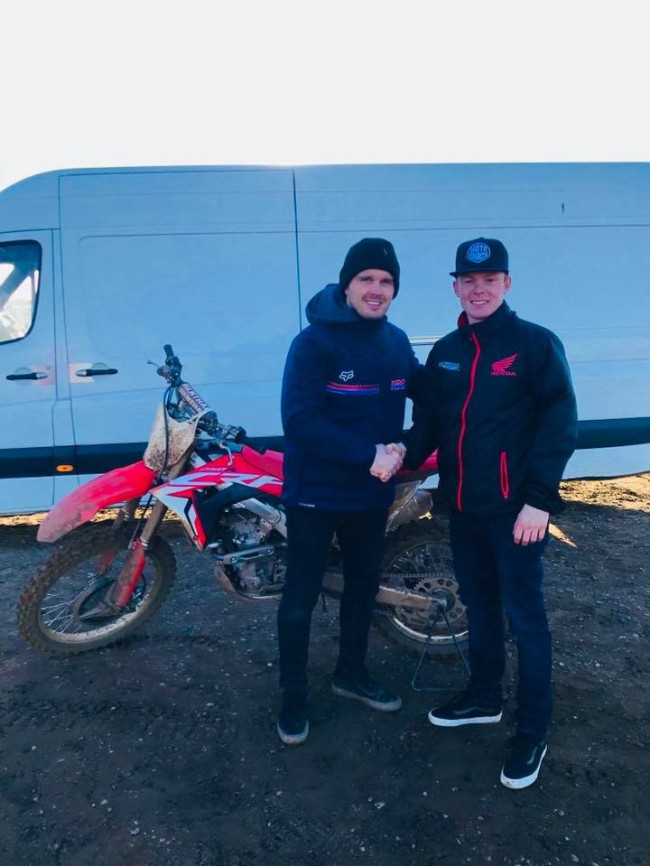 After Jake Millward and the Verde KTM team parted ways, the Brit has been searching for a ride for the 2018 season.

It’s now been announced that Millward will make the switch to Honda as he’s agreed a deal with the Craigs Motorcycles outfit. Millward will be working with Aaron Holmes and Dave Thorpe.

Millward will be hoping the switch to the new Honda 250cc will be just the switch he needed to help him become a consistent top five rider in the British Championship.

The priority for Millward will be the MX2 Maxxis British Championship and the MX Nationals. However, before he thinks about the outdoor season, the Brit will contest the British Arenacross series that kicks off in January for the Wooldridge Demolition Honda outfit.

“Craigs Motorcycles are looking forward to supporting “the ginger ninja” Jake Millward on the all new Honda CRF 250 R 2018 for next years Maxxis ACU British Motocross Championship and MX Nationals UK . Jake rode the new bike yesterday at FatcatMotoparc and was looking fast and comfortable straight away”.

Jake Millward: “I’m super excited to be partnering up with Aaron from Craigs Motorcycles, Dave Thorpe and all the guys at Honda. It’s a a big change for me next year and I cant wait to get the season underway. New bike, new people around me, it’s time to make a statement.”