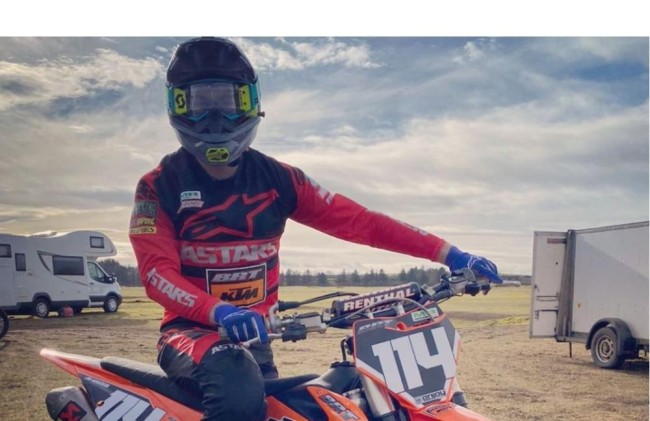 Martin Barr decided to start up his own team again for the 2020 season and step up to the MX1 class. Barr isn’t the only rider part of the BRT KTM setup as he’s signed up young gun, Jak Henderson.

The Irish rider had a busy season planned to contest the Bridgestone Masters, MX Nationals as well as selected round of the Ulster and Scottish Championships but with racing on hold we’ll have to wait and see what the rest of the season will bring.

Henderson: “Martin and I have known each other for a few years now with training, him taking me practising and also just living up the rode. Although it started off with with his dad doing work on my bikes which is mainly how I got to know him. The deal came about when Martin decided to start his own team, my dad and Martin came to an agreement that would help us both.

With just missing out on the age bracket to stay in the youth for another year I decided to race the amateur MX2 class at the Bridgestone Masters, the MX nationals and selected rounds of the Scottish and Ulster championships. I hope to just get as much solid results to help gain as much confidence as possible for my first full season in the adult class

I would like to thank my dad, Martin, MB performance for all the engine tuning and mechanical work, BRT KTM and all team sponsors and also everyone else that has helped me out.