Jacobi on AMA riders not wanting to race MXoN 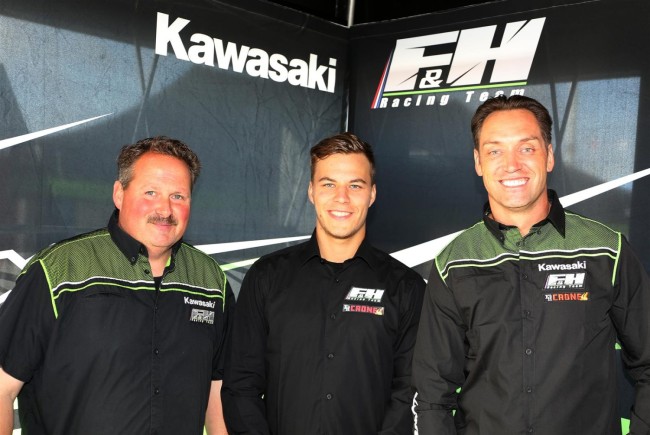 Henry Jacobi is having a good season in the MX2 World Championship. As well as sitting fifth in the world series, he also won the Dutch Masters title at the weekend.

The German’s could have a very strong at the Motocross Des Nations if Max Nagl recovers in time from his injury and Ken Roczen decides to race.

We asked Jacobi about the chances of Roczen racing Assen and he isn’t sure. The F&H Kawasaki rider says AMA riders don’t want to come to Assen to get beat by riders they’ve never heard off.

“I’m not sure about our star (Roczen) in the team.  It depends on his results in the AMA’s, if he feels confident about coming then he will come. A lot of US riders, like Ferrandis aren’t coming. The AMA guys don’t want to come and get beaten at the Assen track from European guys they don’t even know about so let’s wait and see”. Jacobi told Gatedrop.com.

Jacobi insisted he will though race at Assen if selected. “I will go for my MX2 class, I will try to make the best result for Germany and the MX2 result”.

Dylan Ferrandis also stated when announcing he wouldn’t race the MXoN at Assen that the AMA riders won’t understand what’s going on at Assen.

“For me, I’ve already said that I won’t race the Nations this year because I know this track. I told you guys (Ciancarulo and Cooper), you’re not going to understand what’s happening there. You’re going to get passed by guys you’ve never heard off before. It’s just the track in the Netherlands, they are crazy. It’s the biggest sand you can find and I’ve had a long season, I’m looking forward to the next season”, Ferrandis commented.

AMA riders in the past have blamed the date of the Motocross Des Nations being too long after the last National as well as being too close to the Monster Cup. That could be another factor of course but is it really because they don’t want to get beat? Jacobi certainly seems to think so!

Are the Americans capable of a surprise this year and winning at a tough Assen track? We’ll have the answer in September!