Jack Bintcliffe tells us his plans for 2018! 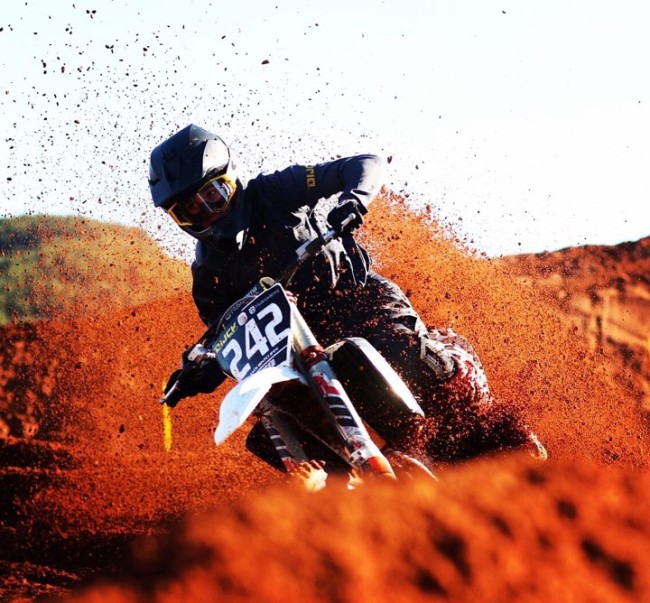 Jack Bintcliffe has exclusively told us his plans for the 2018 season, the young Brit has decided to go down the privateer root for the season ahead. Bintcliffe was with the Hitachi KTM UK team in 2017 competing in the EMX125 series but will be back on the 250cc this year on Husqvarna machinery.

“Yeah, I am training on a 350 through winter to build my speed and strength, but will be racing on a 250. I have decided just to go privateer next year. Because I spent all last year playing catch up after 7 months off, I was just using the season as my recover period from the broken leg and elbow, and really looking back I should of not gone racing and focused on my recovery. Also, I feel like I didn’t really suit the 2 stroke. ” Bintcliffe revealed.

The youngster is currently on his way to Spain where he will spend the next three weeks preparing for the long season ahead. He will then return to the UK and race the Hawkstone International event on the 11th Februrary.

Bintcliffe will contest the very competitive EMX250 series in 2018 where he will hope to learn as much as possible. As well as that series he has made the decision to contest the Dutch Masters which should help him improve his sand riding but it means no Maxxis British Championship!

If everything goes well then Bintcliffe hasn’t also ruled out competing a few of the MX2 World Championship races that don’t collide with the EMX250 series.

“I want to make sure I spend this year doing only the races and championships that are important to me and will get me back to where I know I should be and where I was before my injuries. I am so at home on a 4 stroke and can’t wait to start racing. I plan to do the EMX250, Dutch Masters and some MX2 races at the MXGP’s if all goes well!” Bintcliffe told Gatedrop.com.