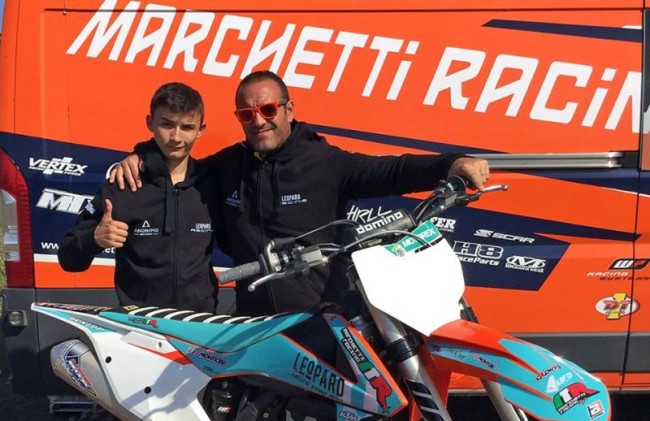 Bulgarian Michael Ivanov joins Italy’s Marchetti Racing Team and will race the KTM SX 250F in MX2 in 2016. Ivanov made the step to the MX2 class this year after moving up from the EMX125 class where he had some good results during 2014.

2015 was a learning year for Ivanov on-board his Ricci Husqvarna in MX2 but he will now be hoping he can step up and deliver some good results for his new team!

Ivanov completes the team’s lineup, which will see him, Ivo Monticelli, Chritopher Valente in MX2 and Jose Butron in MXGP. Alessandro Facca will also ride in the EMX85 for Marchetti Racing Team KTM.