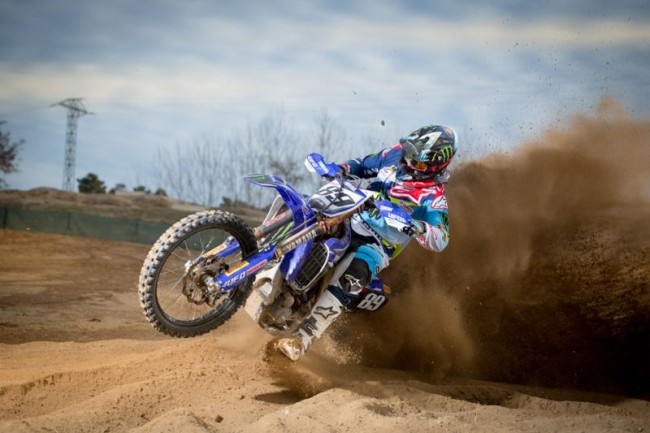 Samuele Bernardini took the hole shot in the MX2 race and was looking good in front before Karel Kutser started to close the gap. Karel was riding well in second but when he got close to Samuele his bike then stopped, bad luck! Not long after Michele Cervellin closed the gap and made the move for the lead, he never looked back! Samuele rode well to take second and Alvin Ostlund took the last step in the podium ahead of Jens Getteman.

Drama in the MX1 race as a first corner collision took place, Rui Goncalves, Max Nagl and Romain Febvre were all involved. The latest news regarding the World Champion is that he went to hospital to get stitches so shouldn’t be anything too serious but he had to give today a miss!

In the restart it was Kei Yamamoto who got the hole shot but he went too wide around the first corner and ended up in a pond! It left Coldenhoff at the front but it didn’t take Bobby too long to pounce. Bobby brought home the win from JVH and Nagl as they all looked settled in their positions.

Van Horebeek got the hole shot in the Superfinal – his starts have been a lot better this pre season which has been a weakness for the Belgian. However, he immediately came under a lot of pressure from Bobby who hounded him and wouldn’t go away. Bobby thought he made the move but JVH took it away from him in the next corner and wouldn’t give into the Russian. Bobby then crashed and picked himself up in third, he caught and passed Nagl to finish second as JVH won the moto. Jens Getteman rode well in ninth and was the first 250 machine across the line ahead of Samuele Bernardini.