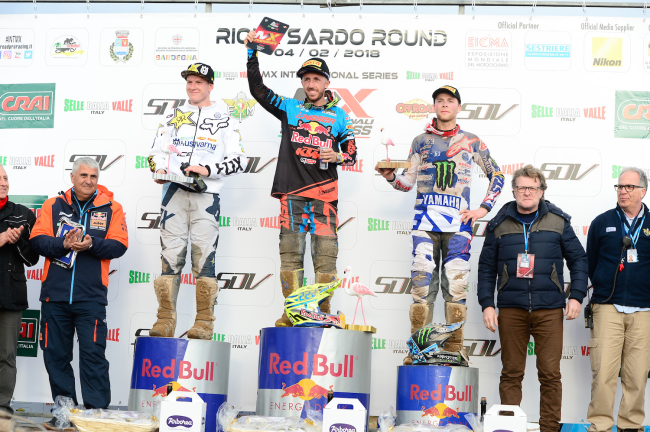 PR- After the great success of the first stage in Riola (OR), the Italian International SDV Series moving in Sicily for the second round. The track of Noto, where, four years after the first edition, is back to running a competition of International is ready to welcome men and equipment, as well as the public for special occasions. The circuit, which is situated on the Cross Gino Meli Park, a few kilometers south of Syracuse, has been thoroughly revised; the track was made more technical and spectacular and is ready to receive the best of the World Motocross riders 250 and 450 and the young riders of the 125. Great attention was also given to the public that this year will benefit from more space to follow their idols live. E ‘it was built a large natural grandstand, ready to accommodate the many fans, to which are added the stands set up for the occasion and a special grandstand near the pit-lane, dedicated to those who want to see from a privileged location to everything It takes place inside and outside the track.

Great expectation obviously for the idol of the house and all the Italian fans of motocross, Tony Cairoli, who after dominating the first round in Sardinia, is preparing to land in his native Sicily, to receive the warm embrace of his countrymen. A Riola nine-time World Champion could not start better 2018. TC222 has imposed its law, making it the fastest and most efficient driver on the track at every opportunity but now the championship goes live and his opponents are ready to do battle for the final prize pool of € 120,000, raffled in Supercampione, a category which sees the top 20 in the race the MX2 and MX1, in an adrenaline challenge and very open.

Not only Cairoli in Noto, however, saw the park starters at the highest level in all categories, with the pilots of MXGP and World MX2 race to get ready in view of the first Grand Prix and the youngest of the 125 I decided to shine in front of the warm Sicilian public, led by Emilio Scuteri and Mattia Guadagnini, arriving on equal points in the championship after the beautiful and fun race of Riola.

It also renews the appointment on the web with motocross fans around the world that may not be present on the track on Sunday at 13:20, for the live streaming of www.offroadproracing.it

Words and pic: Off Road media