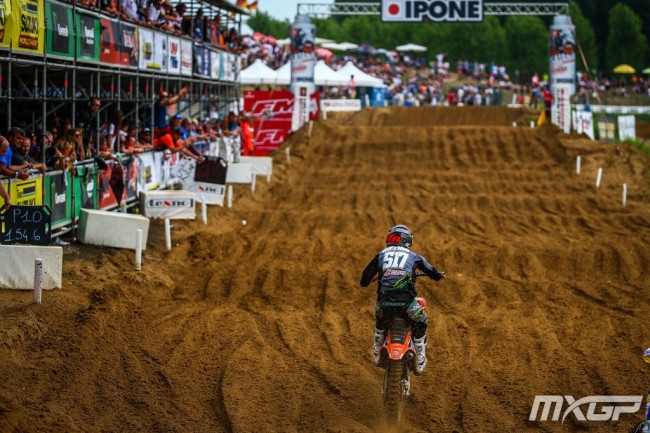 Young Swedish talent, Isak Gifting will move up from the 125cc to the 250cc machine for the 2018 season. Gifting showed some good speed in the EMX125 class this year but unfortunately missed three rounds of the series due to injury.

Despite missing three rounds, Gifting ended up thirteenth in the championship. He had his best round at the Grand Prix of Lombardia at Ottobiano where he battled with the front runners and ended up third overall by finishing third in both of the moto’s.

Gifting will stay with the same setup for 2018 in the form of the KTM Scandinavia/JE68 but will contest the EMX250 series. At the moment only the Russian round is in question.

As well as the EMX250 championship, Gifting will contest the Swedish MX2 Championship where he will hope to run at the front.

Isak Gifting: “I have been riding 125 for a couple of years now so I think it’s time for the 250. The time I’ve spent on the 250 up to now haa been great, I have found it pretty easy to adjust to the new bike.

I think next year is going to be a good one with a lot of experience to gain. I’m aiming for some top 10 places in the EMX250 class and some top positions in the Swedish championship.

I would like Thank my sponsors and supporters for this opportunity: