Irwin to race both classes at final round of British championship! 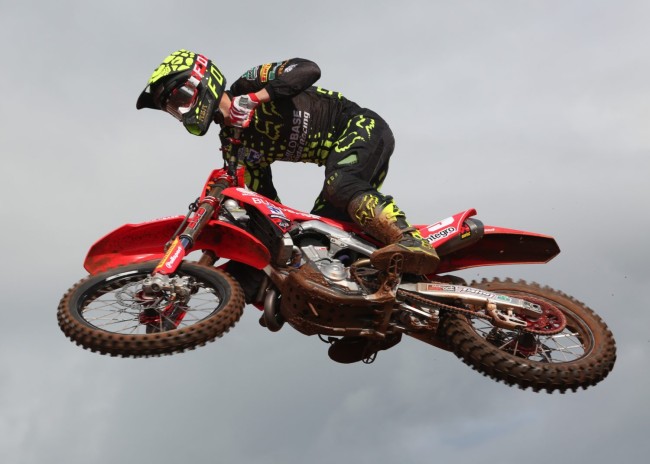 Buildbase Honda have announced that new British MX1 champ Graeme Irwin will also race an MX2 machine at the final round of the British championship!

Harri Kullas has been racing both classes all year on the MVR-D Husqvarna with good success so it will be interesting to see how the very determined Irwin will get on – could he even win both classes at Foxhill?