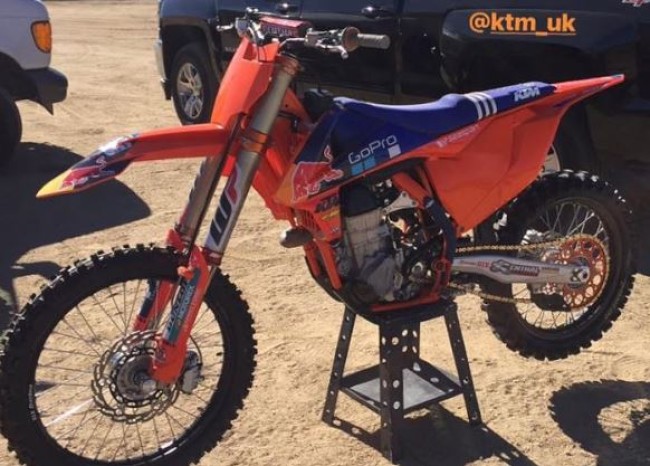 Graeme Irwin has had his first day on the 2018 KTM – and says he loves the orange machine!

Based in California and riding a bike supplied by the TLD KTM team in the states, Irwin is guaranteed a few weeks of good weather before he returns back to the European winter for his final preparation.

Irwin last rode a KTM back in 2011, also for Roger Magee’s KTM UK team, but then it was a 350 in MX1 and Irwin was a teenager. Now, with a British championship under his belt, Irwin is ready to go back to MXGP level and is clearly impressed the 2018 450 machine!