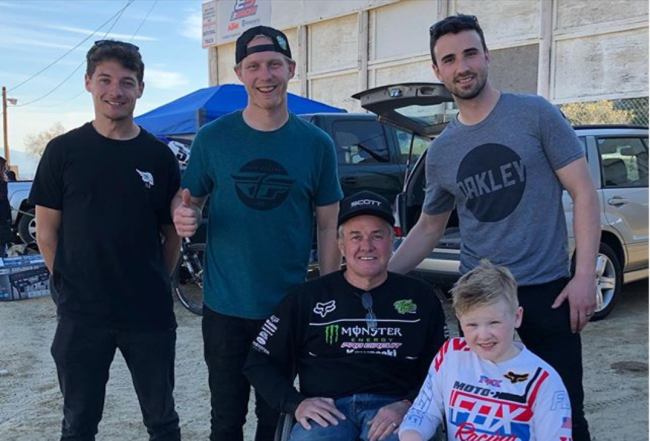 Last year was all change for Graeme Irwin as he made the switch from Motocross to short circuit racing as he contested the Pirelli British National Superstock 1000 Championship on a Team 109 Kawasaki.

After a year away from racing Motocross, it was confirmed late last year that Graeme Irwin would contest the two rounds of the Arenacross UK series in front of his home crowd at Belfast on the 18th and 19th of January.

“Whenever you have the opportunity to race in the SSE Arena for Arenacross, you can’t turn it down. This time of year is quiet for us (short circuit riders). When I was on the phone to Matt (organiser) it was a no-brainer to get to race in an arena with 10,000 home fans! I have plenty of time, I haven’t ridden a bike much all this year (2019) so it is going to be an interesting six or seven weeks but I am really looking forward to the challenge. I’m looking forward to doing a bit of bar banging again, the road stuff there is a bit, but if someone touches somebody else it’s a bit of crying match! Whereas here everybody knows. especially in the head-to-heads, rubbing is racing”, Irwin told us back in November.

With time ticking to prepare for the event, Graeme Irwin is currently in America putting in plenty of Supercross laps. Irwin had the opportunity to ride the Pro Circuit Kawasaki SX practice track – thanks to no other than Mitch Payton.

Joining Irwin was Jordan Booker and Bernard Kerr. The latter a big name in the mountain biking world but will race Anaheim 1 and has been in the states getting ready for the event.

“Massive thank you to @mitchcpayton for letting us ride the @procircuit78 SX track. What a gentleman. Best of luck this weekend”, Irwin stated.

Massive thank you to @mitchcpayton for letting us ride the @procircuit78 SX track. What a gentleman. Best of luck this weekend👍