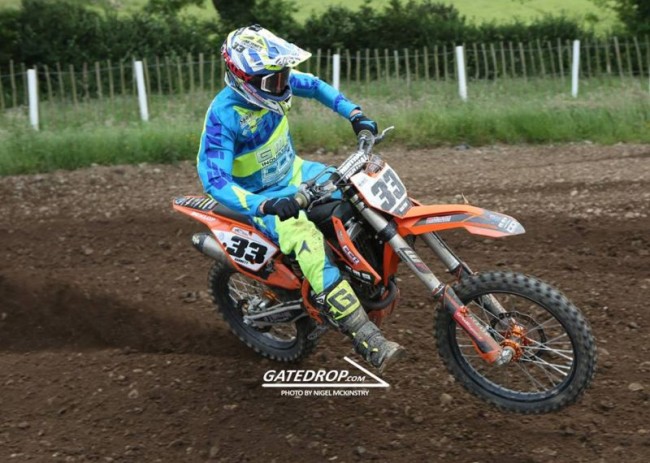 The sixth round of the Irish Championship took place at Doon motocross park in Ireland during the weekend.

Unfortunately, a tragic incident overshadowed the racing. On the first lap of the last race Wayne Garrett was involved in a crash and is seriously injured. We would like to wish him all the best with his recovery and send our best wishes to his family.

In terms of the racing, John Meara and Stuart Edmonds won a moto each. John is having a great season and should be considered for the Ireland MXDN team.

In MX2, James Mackrel won the first moto as he crossed the line in fourth, he keeps improving as the season progresses. However, in the second moto, Jason Meara won ending up in fifth. It was a disaster for Mackrel as he crashed and is thought to have an ACL injury, get well soon!

The last moto was abandoned after the incident involving Wayne Garrett so group one only got two moto’s on the day.