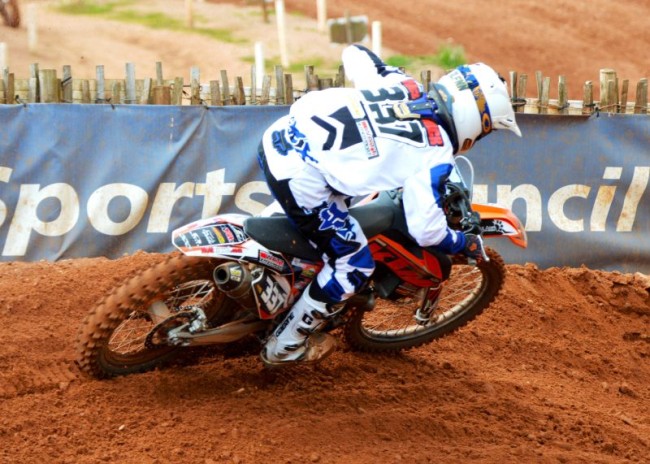 The 2016 Irish Championship motocross season bursts into life when the Knock Club host the opening round at the British Championship track at Desertmartin on 12th March.

With a new format, and £1800 of extra prize money, it looks like it could be a bumper entry for the Knock Club.

Using a new ‘Fastest 40’ format where each grade qualifies in their class, then the times are merged to group riders into similar paced groups, the racing should be close for all classes.

The Premier Class MX1 Champion, Lisburn man Richard Bird will be back on his Five 5 Motorsport KTM to defend his title, but he will face stiff opposition from returning multi time Champion Wayne Garrett on his KTM, Ulster Champion Robert Hamilton on his Risk racing Yamaha, and popular Dublin man Stuart Edmonds back on his CCR supported TM after a year racing in Germany.

Loughbrickland man John Meara newly Kawasaki Mounted will be a threat, as will Stephen Mullaly, and Banbridge’s Ryan Adair on his KTM 350

Premier MX2 seems to be a resumption of 2015’s battle between Glenn McCormick from Glenoe on his Agnew Recovery Watt KTM, and Lougbrickland man Jason Meara on his Motul Watt KTM, but expect James Mackrel on his Risk Racing Yamaha, and the impressive Jordan McCaw on his Husqvarna to be in the mix as well as newly promoted Matthew Loughlin from Limavady.

Semi Expert MX1 Champion Kevin Traynor has moved to Premier Class, so expect Matthew Sinton from Tandragee, Paul Atkinson from Ballyclare, and newly promoted Martins Markitans from Longford and Dromaras Colin McGregor on his Risk Racing Honda to be at the sharp end.

Semi Expert MX2 has lost it’s Champion to the Premier Class, so expect Dylan Stynes, David Sorenson, and David Anderson to shine, and Kris Rea from Ballyclare should be a dark horse on his Yamaha.

Clubman MX1 can be a bit of a mystery, but Carrickfergus’ Alan Saunders will be worth a punt, with Stephen Maitland, Stephen Duncan and John Martin expected to near the front.

Clubman MX2 has lost most if it’s 2015 front runners to the Semi Expert Class, but Scott Girvan, Stephen Gabbey, Andrew Wilson and Tony Conlon to take up the Challenge.

Racing starts at around 11.00 and the circuit will be signposted off the main Maghera to Desertmartin Road, entrance is £5.00 and under 14’s go free.