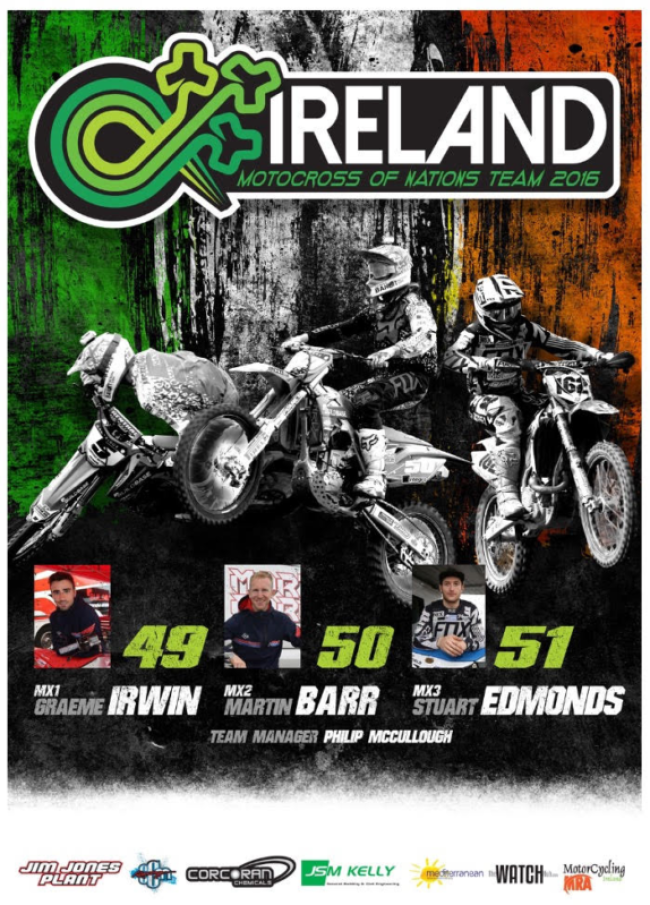 It wasn’t looking to good for Team Ireland before the B Final. Graeme Irwin rode a few laps in the warm up but was just in too much pain and didn’t want to risk more damage so he decided to sit out of the B Final.

When the gate dropped things went from bad to worse as Stuart Edmonds was brought down around the first corner so he had it all to do from the word go. Barr got a decent start at the lower end of the top ten but was the leading MX2 machine.

Portugal were sitting pretty as Goncalves was well positioned in second with his team mate, Paulo Alberto in third.

Meanwhile, Edmonds and Barr rode their hearts out for Team Ireland. Barr found himself in the top five and Edmonds was working his way through the pack. Even though they did everything they could it was looking unlikely with Portugal having two riders in the top three.

However, disaster struck for Portugal as Goncalves had a bike problem and was out of the moto. It then looked like Germany would get through as they had Ullrich leading the race and Jacobi sitting in eleventh. Jacobi had a problem on the last lap which sensationally meant Ireland won the B final again! We really are kings at winning the B final.

Barr ended up crossing the line in fourth and Edmonds in eighth. A brilliant ride by both riders as Barr was the first MX2 rider across the line and after Edmonds fell around the first corner he had to come from last, ending up eighth was a great ride through the pack. Credit where it’s due for both riders. They now have another two thirty minutes plus two lap moto’s – they will sleep well tonight!

It was a nice touch by Barr to dedicate the win to the Sherridan family after a recent family tragedy.

We might be a man down but great determination from our country – good luck for the main event!