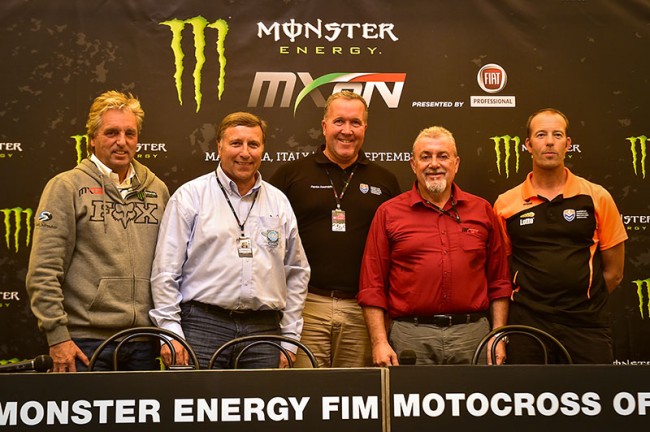 As a result of the close partnership with Youthstream, the FIM Europe and the KMNV (Royal Dutch Motocross Federation), the MXGP Academy is taking on a new project where they aim to educate young motocross riders in countries that are new to the sport of motocross such as Qatar, Thailand and Malaysia. The project will be trialed in November 2016, and if it is successful it will be implemented at the start of 2017 with a four-year vision.

Five young riders, one from Belgium, one from Germany and three from The Netherlands, will be trained full time by people that specialize in Sports Psychology, Physical Training and Nutrition, for four months in Arnhem, The Netherlands, at the High Performance Centre Papendal. These riders will live with 375 other athletes from 12 different sporting disciplines, and they will also travel to Spain with Marcel Hartmen, the Manager of Team The Netherlands and member of the KMNV, throughout the winter where they can ride at a variety of different tracks.

Youthstream President Mr. Giuseppe Luongo, “The MXGP Academy Rookie project is another extremely important step in helping young talent grow with the possibility of one day becoming a professional MXGP rider competing in the most prestigious motocross championship in the world. This project is the first of its kind in our sport and we would like to thank FIM-Europe, KNMV and the High Performance Center Papendal who together with Youthstream have driven and financed this activity. The goal is to build on this program and bring youth from all over the world to help them enter the world of professional Motocross without denying any schooling.”

FIM Europe President Dr. Wolfgang Srb, “I am very excited that we are close to the start of this promising project, after months of hard work, preparation and evaluation. FIM Europe does not only believe in sport as our core business but also, as an important pillar in education. Papendal is the perfect location and the partners give full support; KNMV with a vast experience in sport and training of young riders, the MXGP Academy with a strong record of training and promoting young talents, Youthstream as the leading promoter of motocross worldwide and FIM Europe as the biggest and most active Continental Union of FIM.”

All MXGP Rookies still go to school, so besides the motocross program they will continue their school education at the same time. Tailor made school programs with personal coaching and online lessons will be offered in association with their schools back home and the educational staff at Papendal.