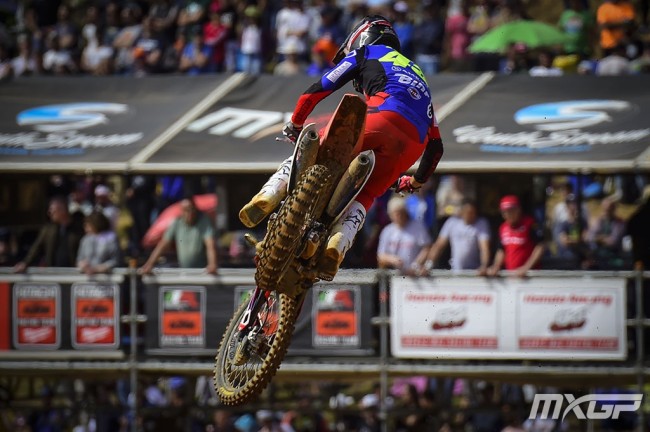 Mitch Evans has proved to be one of th jest stories of 2019, taking a podium in his first ever GP in Argentina and backing it up with another podium in Portugal at round six – and even led some laps to underline his potential!

But how did he end up racing the world championship?

“The deal came about after my results at the MXON the team gave me a calll to ask if I would race 250 again and in Europe,” explained Evans to MXGP TV’s Lisa Leyland. “I got over here by the end of December and started working with the team and it’s been great since.”

“It has been a lot different than I expected,” he admitted, “the biggest hurdle is the language but thankfully everyone in the team speaks English! The training I was doing Australia is way to different to what I do now, I could feel the improvement.

“I was really confident coming into Argentina so it wasn’t too much of a surprise,” he said on his podium in Argentina but admits Portugal meant more to him after some tough races after the opener.

“I had a lot of bad weekends in between, a lot of struggle during the week with injuries and not feeling good. So to finally get back on the podium I could cherish it and really appreciate it because they are a lot more difficult to get than I first experienced.”

Now Evans is targeting a moto win after leading Prado for fifteen minutes in moto two in Portugal as he ups his goals following a great start to the he year.

“After moto two I think a race win this year is achievable we have found a lot of things with the bike and my training that has helped in the break.”

You can see the full interview below: