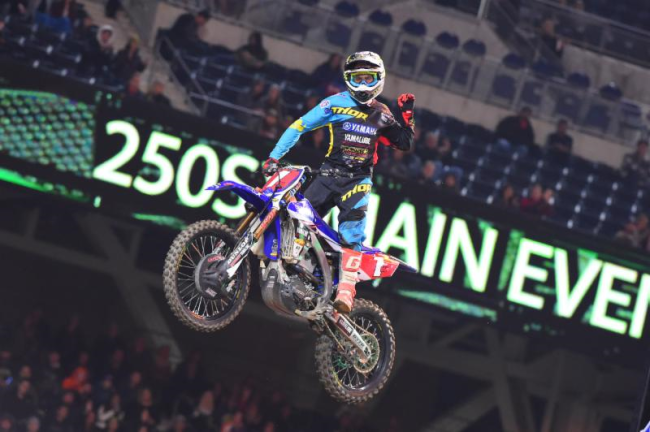 Cooper Webb has established himself as the “next guy” in American motocross. His 450 rides at the US GP and the MXON put Webb’s already growing profile to another level and showed the 450 teams that he is the real deal on any bike.

After years of living in the shadow of the more hyped Adam Cianciarulo as an amateur, Webb is now doing the business when it counts – as a pro. His style is a throwback to the American riders of the 90s, elbows up, over the front of the bike always riding with his head up and in control. It is a refreshing contrast to the hanging off the back of the bike and pinning it like some of his peers.

Still only 20 years old, Webb is dominating the West coast 250 championship for the second year in a row showing that he can take the pressure of defending a title.

We caught up with Webb to discuss his season so far.

Gatedrop: You were supposed to race East coast originally I believe but got switched to west. With all your off season racing on the 450 did that make it harder to adjust back to the 250?

Cooper Webb: Not really, it was a little different at first but after a couple days I felt right at home.

Gatedrop: Only two rounds into sx and your are already the dominant guy with people starting to mention a perfect season, does that add pressure?

Cooper Webb: There’s always pressure when you have the #1 plate. I Just have to take it one race at a time and keep doing what works.  It’s a long season and I’m just focused on the championship.

Gatedrop: Adam Cianciarulo has chosen the opposite coast to you two years in a row is that coincidence? And are you looking forward to racing him in Vegas at the shootout. Everyone wants to see that battle in supercross!

Cooper Webb: He hasn’t raced in so long due to injuries so it’s hard to tell. There’s a lot of other guys out there too so it’s not just one person I’m focused on. If we do get together, I’m sure it’ll be a good battle that you’ve all been waiting for!

Gatedrop: Did you plan that pass on Osborne in San Diego or was it just instinct. It looked like you caught him completely by surprise!

Cooper Webb: It was hard to make up big chunks of time on that track in San Diego so I knew once I got close enough I would have to make the pass quickly. I felt like I was much quicker in that particular section and would catch him there every lap. I saw an opening and just went for it, the places to pass there were limited too so I had to make it count. 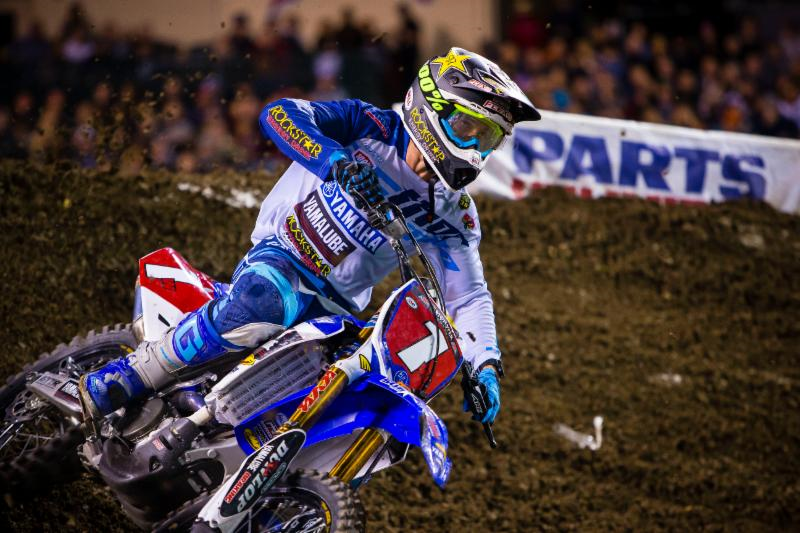 Gatedrop: Last year you got to ride the MXDN in France, how did it feel to represent your country and were you happy with how you rode?

Cooper Webb: It felt unbelievable to represent my country at the MXDN, it was a dream come true. As a kid you can only hope to make it that far and it was a surreal experience being able to do so. I felt that I rode really good and performed well under pressure. Obviously, the goal was to win. A few things didn’t go our way but for my first time there I’m happy with my performance. Hopefully I get the chance to represent USA again in the future and I can take what I’ve learned and improve on it

Cooper Webb: Yeah, it was a great experience being able to do battle with guys I would normally never race and especially to go head to head with the world champ like that. Hopefully I get to race these guys again in the future and we can battle for years to come.

Gatedrop: Do you have plans to ride the World Championship in future?

Cooper Webb: Possibly,you never know what the future holds or what options will open up down the road. I follow the series closely and have a lot of respect for those guys and I think it would be cool to ride some of those tracks.