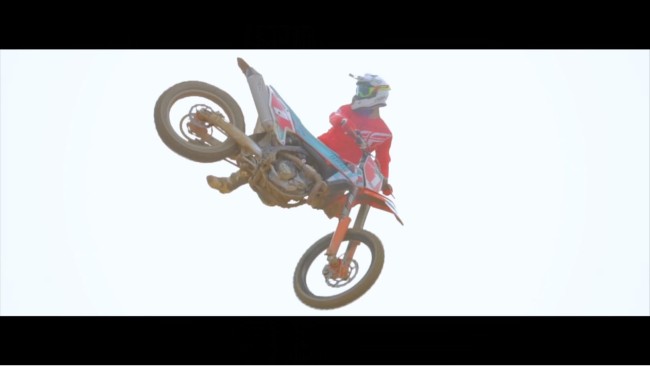 Chad Reed talks to Adam Duckworth about racing Suzukis, wanting to race supercross in Europe and why he would like to race Brad Anderson again in EMX2T but not Cairoli in MXGP!

“I think I’d be more excited to jump on a 250 Two-stroke and do the EMX2T,” said Reed on the prospect of racing MXGP again. “I did some racing in England when I was a kid and Bradley Anderson was the guy back then, 96/97 I think it was, Bradley was the guy, we battled. I think it would be fun to do that (race Brad in EMX2T) rather than go and race Tony! I don’t think GPs are in my near future but I think being at a GP and maybe racing a 250 two-stroke would be a lot of fun.”

On why he loves supercross he says, “I just love it, I think the intensity, the feeling of being amongst 50/60,000 people is unbelievable, being elbow to elbow with 21 other guys going into a first turn or scrubbing a triple, there is a unique feeling you get from supercross that you don’t get anywhere else.

“Supercross always the dream, my trip to Europe was always a stepping to stone to get my name known on the world stage. I would never do it any other way, what I learned in one year in Europe, you can’t put a value on. It was a great experience doing the GPs.”