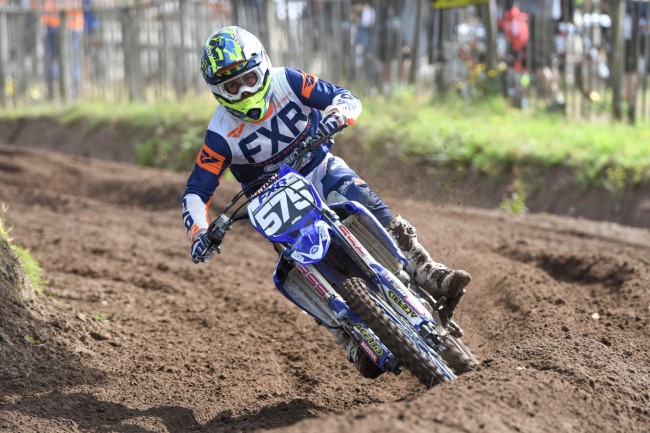 During round six of the Maxxis British Championship, Taylor Hammal took a crash and as a result has broken his thumb and wrist.

It remains to be seen if Hammal will need to undergo an operation but he’s hoping to make a comeback before the end of the season.

The Rob Hooper Racing Yamaha rider wasn’t happy with the track preparation as the track didn’t rough and slow down as usual making it too fast. Perhaps the lack of entries didn’t help.

The Brit posted the following message on social media:

“Absolutely gutted to say that I have broken my thumb and wrist from the crash on Sunday at hawk stone. I may have to have surgery on the thumb but not sure just yet. Was just a crash where the front caught a square edge bump and instantly washed the front out. No excuses at all but personally I felt the track preparation could’ve been much better considering it was a british round. The track was fast and dry causing these type of horrible bumps”.

“I started putting together some results getting a personal best British race finish of 4th and consistently inside the top 6 the last couple rounds. Was leading the Bridgestone championship so the truck at the end of the year has gone but that’s all part of it.
Massive thanks to the team this year for sticking behind me and helping me progress throughout and to all the sponsors aswell. I’ll try and be back for the last rounds of the year. If not then I’ll be ready for next year,” Hammal commented.

Absolutely gutted to say that I have broken my thumb and wrist from the crash on Sunday at hawk stone. I may have to…