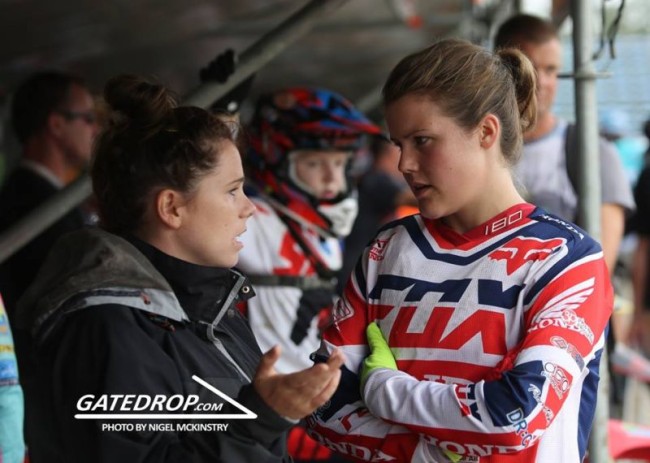 Unfortunately, Natalie Kane took a crash during the first lap of qualifying at the Loket WMX round. Kane wasn’t even on a fast lap but clipped the bank and took a heavy hit to the head. It meant she couldn’t compete during the fourth round of the WMX series.

Kane has got checked out and luckily nothing is broken which is good news.

The doctors have advised Natalie to stay off the bike for three weeks. The next race scheduled for Kane is the next round the Swedish Championship at the end of August so she shouldn’t miss any races.

This of course means that she should will be back for the next round of the WMX series that takes place in Assen on the 9th and 10th September.

My weekend in Czech ended here ‍♀️ (yes I am on much medication if you can’t tell )pretty crazy what’s going on right now for me 1 step forward and 3 steps back but very thankful to have nothing broken just pretty banged up! I jumped 10/15cm to much to the right and caught my foot peg on the bank so nothing crazy but I got hard hit to my head,neck , shoulders and my back so Again will have some rest but then back to try my best to be best that I can be big thank you to @fostlund226 for helping and running after me extra much this time. Also thank you to the Irish crew Lawerence and his family for all there help and support on the weekend ! Must also thank @frankselebo for what you did for me! It’s means a lot and lastly all my loyal sponsors and crew sorry to disappoint again but I still got some time left to give everyone some better weekends #thankyoueveryone #meansalottome …❤️ Thinking of the cuharciuc family at this hard time ❤️