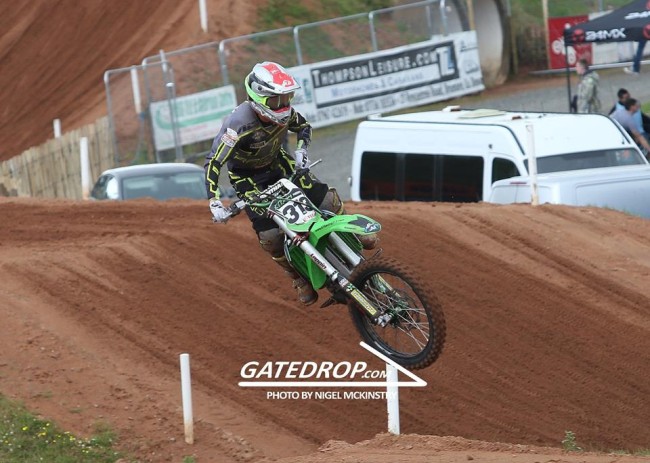 Jordan Keogh has been having a great season challenging for both the MX2 Ulster and Irish Championship titles. However, unfortunately he collided with Scott Hamilton during round four of the Ulster Championship that took place at Seaforde.

Keogh hit the back of Hamilton’s KTM machine and hit the groud pretty hard. He bravely got back on the bike at the end of the moto to complete the last few corners to finish the race. It was clear he was in a lot of discomfort so he went to hospital and missed the last moto of the day.

It has now been revealed that young Keogh has dislocated his left shoulder.  He will undergo oxygen therapy to try and aid his recovery time. The next round of the Irish Championship takes place at Dundalk next weekend, Sunday 23rd July.

Keogh hopes to be behind the gate but knows if he makes it that he will be in a lot of pain but as he’s challenging Jason Meara and Glenn McCormick for the Irish title hopefully he can give it a go!