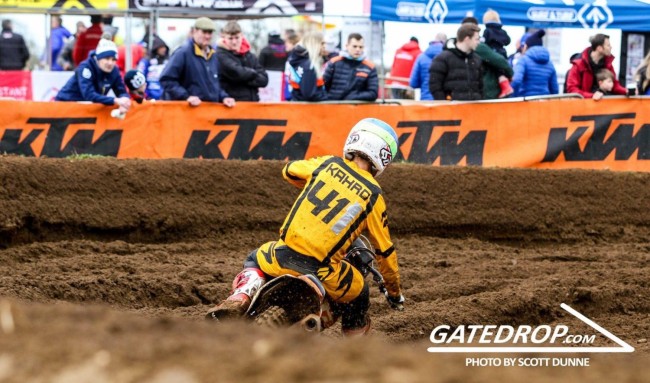 Young Estonian, Erki Kahro had been racing in Australia and America at the start of the Motocross season but recently went back home and had been posting good results in the National championships.

Unfortunately, he recently suffered from a crash and broke his arm which will put him out of action for a while but is determined to get back to racing as soon as possible.

“Forced to take a summer holiday now. First 3 races after my last injury brake the results were going uphill: won a moto and got 2nd overall at Estonian championship, 2nd overall at Kandava Supercross in Latvia and 2-1 for 1st overall at Sõmerpalu race in mx 1 class which felt awesome as it is one of the biggest events of the year in Baltics. In the superfinal I got the holeshot and was leading until I made a mistake, crashed and broke my arm. It’s definitely a though pill to swollow to go out like that in the middle of the season but it’s motocross and it could always be worse. Sunday had surgery, got my arm plated and now the recovery process can start, will be back on the line soon. Thanks to everyone that’s been supportive”, Kahro posted on social media.